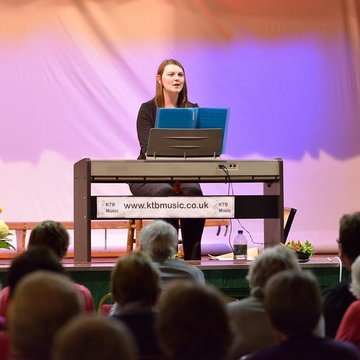 Check availability and get a free quote now - no commitment to book
From£200
Watch & Listen
About Katy
Reviews
Home page
Katy Bradley
Like Katy?
Watch & Listen
Watch
Listen
1-3 of 4 videos
Pompeii
The Road That I Travel
Ballad of Barry and Freda

As well as recently releasing her debut single, Katy often performs as an after dinner speaker, or an ambient background music lounge singer and has performed all over the north west including The Philharmonic Hall in Liverpool and The Lowry in Salford. As an entertainer, Katy made her debut at the stunning Blackpool Opera House, performing alongside Jimmy Cricket in BBC Lancashire’s Gilly’s Comedy Gala, raising money for Comic Relief.

Everyone appreciated your beautiful voice and your choice of songs