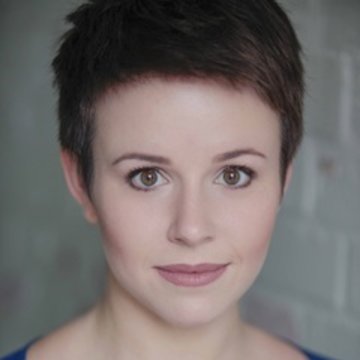 Check availability and get a free quote now - no commitment to book
From£180
About Katherine
Home page
Katherine Aitken
Like Katherine?

Scottish mezzo-soprano Katherine Aitken is an honours graduate of the Royal College of Music and she continues her studies with Kathleen Livingstone and Gareth Hancock on the Royal Academy Opera programme at the Royal Academy of Music where she is a Carr-Gregory and Karaviotis scholar. Katherine’s operatic experience includes the roles of Un Esprit in Massenet’s Cendrillon and La Ciesca in Puccini’s Gianni Schicchi with Royal Academy Opera. She has also sung Suzy/Lolette in Iford Arts’ production of Puccini’s La Rondine and the role of Siebel in Clonter Opera’s production of Faust by Gounod. On the concert platform, Katherine has performed a diverse range of repertoire from composers such as Monteverdi, Haydn, Beethoven and Britten. Notable performances include Narrator in Walton’s Façade at the Royal Albert Hall, Vivaldi’s Gloria and Mozart’s Requiem at St Martin-in-the-Fields and Mahler's 2nd Symphony at the Royal Academy of Music. A committed recitalist, Katherine opened the 2013 season at the Scottish Arts Club and performed at St Cecilia’s Hall, Edinburgh, in April 2014. Katherine is generously supported by the Josephine Baker Trust, the James Caird Travelling Scholarship Trust and the Robertson Trust.

singer (Mezzo Soprano)s in the UK