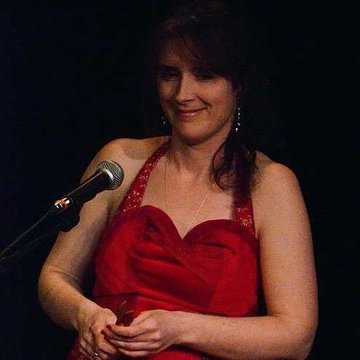 Check availability and get a free quote now - no commitment to book
From£180
Watch & Listen
About Kate
Reviews
Home page
Kate Rouse
Like Kate?
Watch & Listen
1 of 1 video
KARA at TwickFolk Club

Kate took her first music exam, recorder grade 3, when she was 8 years old. She then followed a standard classical music path adding clarinet, saxophone and piano, and playing the Oxfordshire county youth orchestras through her teens. Finally, she ended up having a lovely time studying a music BA at Durham University in the late nineties. However, at this point Kate took a side step and went into company stage management for touring theatre and dance. Only once settled in Herfordshire did she get round to investigating the folk music scene, about 10 years ago, and was very quickly asked to join a ceilidh band, Coproliters, playing keyboard. This meant she met Jan Strapp who played hammered dulcimer in the band, and so decided that that was the “proper” folky instrument she wanted to play. She quickly picked it up, honing her skills on the wonderful English session scene that is so strong in Hertfordshire, with just a couple of refinements taught by Maclaine Colston. A chance meeting with Daria Kulesh at a St. Albans folk event in March 2013 led to her becoming the 4th member of the very newly formed KARA, fortuitously having just invested in a gorgeous new and larger dulcimer. As a group they’ve achieved things they never thought possible. and are now well established on the folk circuit and Kate is now venturing out as a hammered dulcimer-er for hire! - starting with a new project with BBC Folk Award nominee Ange Hardy. She also still plays keyboard and recorders. For 2014 and 2015 Kate has been co-ordinator for the Family Festival programme of Folk Weekend Oxford, it being close to where she grew up and a welcome return to project management. She also acts as company stage manager for KARA and books theatres and festivals for them. Kate is available as a freelance artistic project manager. Kate is a member of the Musicians' Union .

Review of "Moon and Pilot" Track on Downtown CD, released by Folkstock records.