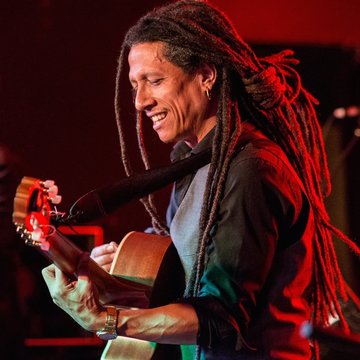 One of the finest and best known Cuban singer currently performing in the UK today.
Cuban band
London

Ednar Bosch was born in Santiago de Cuba and began his singing career touring Cuba with bands such as Quinteto de La Trova, Septeto Luz, Septeto Sones de Oriente, and Septeto Contemporaneo. Piki has also shared international stages with such world famous latin artists as Eliades Ochoa, Candido Fabre, Conjunto Son 14, Andy Montañes and Cheo Feliciano. Now living in the UK he is able to sing in a variety of styles including Son, Salsa, Bolero, Trova Tradicional, Bachata, Cha Cha Cha, Changui and other Caribbean rhythms. His distinctive appearance, big personality and incredible voice, reminiscent of the great singers of Cuba from the days of Beny More, mean that Piki is regarded as one of the best, if not the best, Cuban singer performing in the UK today.

We were thrilled to have Kandela Mi Son perform at the 2016 Rye International Jazz & Blues Festival this year. The band pulsating authentic Cuban rhythms got the crowd on their feet and created a wonderful vibrant atmosphere. The feedback from all those that attended their performance has been fantastic and Kandela Mi Son are rightly considered one of the best Cuban bands in the UK. We would be delighted to welcome the band back again to the festival in the future. Thank you again for a brilliant performance at our festival.

Kandela Mi Son, directed by Ednar Bosch, added a fantastic end to our recent gala dinner. As soon as they started playing everybody started swaying to the rhythm in their seats and once they hit the dance floor l witness some very entertaining moves! Easy to work with, responsive to booking questions, punctual and worked to the brief – can thoroughly recommend.

Cuban bands in the UK