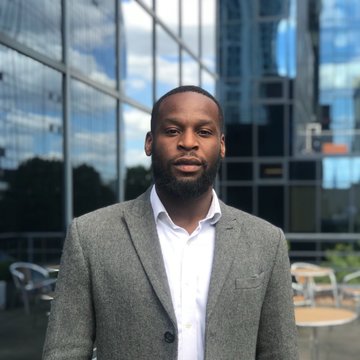 Check availability and get a free quote now - no commitment to book
From£200
Watch & Listen
About Joshua
Reviews
Home page
Joshua Babatunde
Like Joshua?
Watch & Listen
Watch
Listen
1-3 of 4 videos
#JStandardMusicLaunch Night - Vlog Highlight
J Standard "I Look To You Behind The Scenes" - FULL VIDEO!
Pure Worship With Josh

I was born into the family of a Reverend and predominantly spent most of my musical years playing in my local church from the tender age of 5. I then become the school pianist in primary schools, playing for most of the songs sung during the assemblies as well as playing at home to myself where I developed my skills. I had the privilege of flying to other countries at a young age to play with my parents who were into music themselves; my dad a choir leader in the late 80s and my mum was a singer who went on to record three studio albums between 1997 and 2009. In high school I continued to play in the school I moved to and again became their official pianist. The school was in my home country of Nigeria so the experience there was quite fun for me. I returned to the UK and took GCSE Music. Very quickly, my music teacher noticed my talent to be able to play music without reading sheets or as others will call it "The art of improvisation". He then began to challenge me to develop myself as a musician which involved me learning the theoretical aspect of music which I hadn't really delved into as a young musician. I took on board his advice and gradually began to understand music from a completely different perspective. Now 23 years old, I am a Music Business Management graduate, I have released my debut single which is on all major platforms and I have played for/ worked with some amazing artists including Dr. Ron Kenoly, Loose Ends (The band), Gloreewyah, Faith Child and many more.

An outstanding musician who is not only blessed with perfect pitch but has the ability to learn almost any song given to him.

A versatile musician, Josh has proved that he is not just a genius on the keyboard/piano but has what it takes to create his own content and write his own music. Working with someone like him will make anyone marvel at his level of skill

I've had the privilege of playing the drums alongside Josh for the greater part of a decade when we we're younger in church. The experience and chemistry we had was simply amazing. He's a professional behind the keys and a real gentleman for sure.

Josh is the type of pianist you want at your function, He came last minute to play for my wedding when our keyboardist dropped out. He didn't ask for anything at all but just his heart to serve and play for us on that day really made our day special and we will ALWAYS be grateful to him

I've known Joshua since he was about 4 or 5 years old. As his first ever piano teacher I picked up his incredible ability to understand music without much knowledge. He has impressed me with his growth as a musician and I know for sure that he will make impact wherever he goes in life.