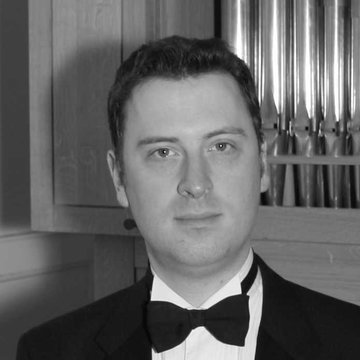 Check availability and get a free quote now - no commitment to book
About Jonathan
Home page
Jonathan Lilley
Like Jonathan?

Jonathan Lilley trained at the RAM as a first-study organist and member of the Church Music and Choral Conducting classes. Whilst still a first-year undergraduate he held the organ scholarship at St George’s Chapel, Windsor, and passed the notorious Fellowship exam of the Royal College of Organists. He began his career proper as Sub-Organist of what is now Leeds Minster, before moving to Ely Cathedral as Assistant Organist. He has gained the RCO's diploma on Choral Directing and diplomas in piano and singing, and in 2005 was awarded the RAM’s honorary diploma of Associate. Jonathan is above all a skilled and versatile keyboard accompanist. As pianist he worked extensively with university and music college students and with local Choral Societies in Leeds, then with King’s School students and local choirs in Ely. An excellent sight-reader, he has been a go-to person for tricky accompaniments since school days, and has particular flair and creativity in realising orchestral accompaniments and negotiating unfamiliar organs. He performs solo piano for fun, and is a lapsed amateur cellist. Career highlights have included performances of Poulenc’s organ concerto (live on Radio 3) and Mozart’s piano concerto K.488. Jonathan was appointed Director of Music at Waltham Abbey Church in 2013, alongside which he is establishing a freelance career as accompanist and general keyboard person in and around London. In January 2016 he became accompanist to the English Baroque Choir.