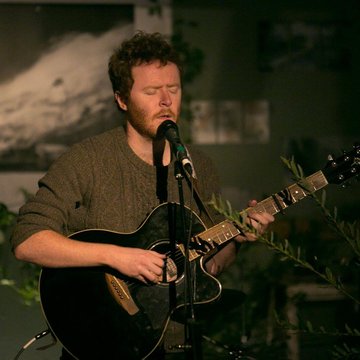 I'm a folk singer, guitarist and songwriter currently based in London. I play in a 5 piece alt-folk band called Jay Sunaway, a ceilidh band called Panic at the Ceilidh, and play solo shows combining traditional and original songs. With Jay Sunaway, I have played in many weird and wonderful venues around the UK, including the Golden Hinde Galleon and the Oxford Natural History Museum. As a solo act, I recently undertook a tour of the South of France with the British Embassy.

I can normally be flexible, just give me as much notice as possible.

More than happy to play tunes between sets, just let me know in advance.

For unplugged gigs, I can provide everything. For plugged in gigs, I have microphones, stands, and mixer, but would require a PA.

Yes, for a negotiable extra fee

Clients frequently comment on my energy on stage, and ability to build up rapport with an audience.

As a folk singer, high profile gigs are few and far between, but I run a very successful bi-monthly night on the Golden Hinde galleon in London Bridge.

Verified
Sofia A, 2 years ago

Joe was punctual, very professional and easy to work with. He’s got a great energy and connected well with our audience as well as with the staff. A polite and talented musician makes any event better and stress free..!

Joe is great to work with, he’s a good communicator, friendly and has a positive attitude. He’s responsive with marketing and generally his gigs do well on tickets sales or they sell out. We are happy to continue working with him.

Joe's music is both poetic and full of energy. His perfomances at Ravensdale Sessions have always been unforgettable and much enjoyed by the audience!

Joe played a lovely outdoor gig with his band Jay Sunaway. Have worked with him many times in the past and will certainly be booking him again!

What an awesome night of fun! The band, they kept us on our toes all evening, and even when people were tired, nobody wanted to stop dancing! Their caller was very good at explaining the steps clearly and it meant even those of us with two left feet could have a really enjoyable time! Don't know which band to book? Don't panic - book Panic at the Ceilidh 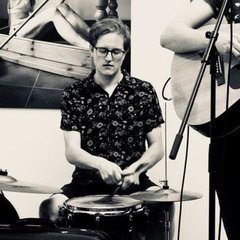 The most talented musician I have been lucky enough to work with, and an absolute pleasure to work with to boot. I cannot recommend him highly enough.