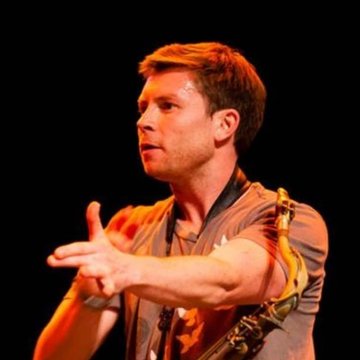 Saxophonist, composer and Music Leader working in London and beyond
Saxophonist
London

Joe Browne is a saxophonist, composer and Music Leader based in London. After completing a degree in Music and English at Southampton, he continued to study jazz saxophone at Birmingham Conservatoire and Berklee College of Music in Boston. During this time, he was lucky enough to learn from some of the finest saxophone players on both sides of the Atlantic, including Julian Siegel, Jean Toussaint, Dino Govoni and Joe Lovano. On returning from the US, he settled in London where he now works as a musician and educator. As well as a busy schedule as a sideman in various jazz, world, pop and classical ensembles, his own group - Last Summer’s Tealights - can regularly be heard at venues across London and beyond. Although primarily a jazz player, he is a fixture on the world music scene, and is also an experienced classical performer and excellent sight reader. Alongside playing, Joe is an active teacher and animateur. He has led workshops for a wide range of orchestras and educational organisations, including the Orchestra of the Age of Enlightenment, The London Philharmonic Orchestra, Trinity Laban Conservatoire of Music and Dance and The Wigmore Hall. His creative music projects range from small groups of young children to large scale, intergenerational, cross-genre orchestral projects. He has extensive experience working with participants with special educational needs and disabilities, and young people from challenging circumstances. Although he works in a variety of contexts and settings, his creative workshops tend to focus on improvisation, group composition and reactions to existing repertoire.

Saxophonists in the UK