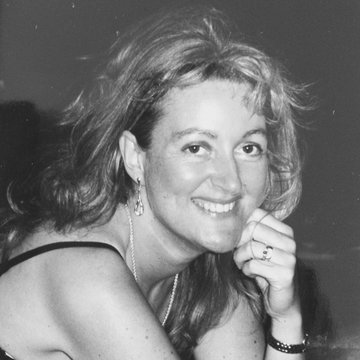 Joanna Gray trained for a career in singing and stagecraft at the London Arts Educational Drama School and is a member of Equity & The Musicians Union. Throughout her career, Joanna has worked as lead vocalist with cabaret function bands in some of England’s most prestigious venues. Joanna covers a wide range of music including popular standards, country and contemporary chart hits and has recorded new songs for various songwriters. In 1995 Joanna played the leading role in the musical ‘Chess’ written by Tim Rice & Benny Anderson & Bjorn Ulvaeus of ‘Abba’. Joanna has since gone on to producing musical revue and tribute shows including the ‘The Magic of the Musicals’ and tributes to Celine Dion,The Carpenters and Shania Twain. Over the last few years Joanna works regularly with her band 'Joanna Gray and Heartbeat' playing for corporate functions, weddings, parties and various venues and events providing exciting and versatile live music. The band is called to entertain in many different types of functions, so the band's musical repertoire covers the most popular music of the last five decades - swing/ballroom, country, disco, motown, soul rock ‘n' roll, 60s, 70s, 80s, 90s and current hits New tribute show - CARO EMERALD TRIBUTE SHOW to the award winning Dutch singing superstar Caro Emerald, authentic sounds of modern vintage Jazz pop 'That Man', 'A Night Like This', 'Liquid Lunch', 'Coming Back As A Man'..... Joanna presents an exciting tribute style show singing the songs from multi platinum selling album ‘Deleted Scenes From The Cutting Room Floor' and 'The Shocking Miss Emerald' - songs about dancing, flirting and declarations of independence..... Private parties, weddings or any event that would enjoy the chance of enjoying the music of this outstanding award winning artist. Specialties: LIVE ENTERTAINMENT ADVICE AND PLANNING WEDDINGS MASONIC LADIES NIGHTS CORPORATE FUNCTIONS BIRTHDAY PARTIES ANNIVERSARIES RESIDENTIAL RETIREMENT HOMES

Absolutely. Recorded music played in between sets is a really popular request and we actually offer this service for free.

We usually set up about 30 - 1 hour minutes for a solo performance The band takes 1 to 1.5 hours before the performance time. As soon as our PA is set up we can provide a free playlist service to help set the atmosphere and get your guests ready for our live perfor

Standard Prices
Packages
Personalised Music Message
Book me to create a unique music video for you to send to a friend as a gift. This could be a birthday message, first dance song for a wedding anniversary, or just your friend's favourite song to cheer them up.
£15
Solo
Solo day time week day one hour performance - care homes, day centres and clubs
£70

Verified
Nicki A, 1 year ago

Joanna regularly sings for our residents on a monthly basis. Our residents always enjoy listening to her sing for us, Joanna has a lovely voice.

Verified
Terry B, 1 year ago

"Joanna - Thank you so much for such an enjoyable evening. Sue & I have received several ‘Thank yous' and they all say how much they enjoyed the music. I would be grateful if you passed on our thanks to your colleagues for making our day so special. Regards Terry

Verified
Claudia A, 2 years ago

Verified
Keith A, 2 years ago

Joanna Gray and Heartbeat play every year for our Association of Ex-Round Tablers' Clubs (41 Club) - a very good range of music gets us all on the floor!

Thank you for making our wedding reception so memorable and playing all our special requests - we just love your music and dancing to your band. Out of all the great bands we have at the two clubs we belong to, you are our real favourite!

Thank you for entertaining us all for our wedding anniversary party. Your band helped to make our evening memorable and all our guests had a wonderful time.

Singers in the UK
Singers in Bournemouth
Singers in Dorset
Singers in Salisbury
Singers in Southampton
Singers in Cowes
Company
Discover
Download
Join us on
© Encore Technologies, Ltd.
Crafted with bagels and in London