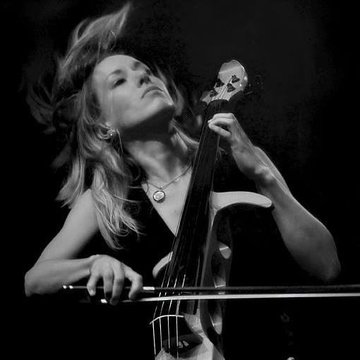 3 of 11 photos
Cellist
London
A unique concert experience for you. I perform my own compositions on electric cello, either entirely solo or with enesmbles and orchestras.

Unboundaried contemporary instrumental music composed and performed by UK cellist Jo Quail. London based cellist and composer Jo Quail draws upon myriad influences, creating music that connects with and unites a very diverse audience. Whilst influenced by the music of Bach, Debussy, Tavener and Bartok, as well as contemporary artists such as Trent Reznor and Perry Farrell, Jo’s highly evocative and atmospheric music follows its own singular path. Coupling extended cellistic techniques with looping technology Jo creates elegiac soundscapes entirely live, with no pre-recorded elements; whether eerily intimate or magnificently rich in layers and textures, Jo’s music will take you on a transcendent journey. Jo studied music from a very young age and completed her BA in performance at the University of Leeds, since when she has featured as a guest musician on several global releases. As a solo artist Jo has released three albums; From The Sea (2011), Caldera (2014), and Five Incantations (2016), several EPs and a live DVD, to critical acclaim. Jo performs regularly in the UK and across the EU, and completed her 6th tour of Australia in March 2017. She has also performed her music in New Zealand, South Africa and Japan. Jo arranges and performs her music with various orchestras and choirs across the world, incorporating live looping and electric cello with traditional classical ensembles. Twentieth century German composer Paul Hindemith is attributed with the following quotation: Today, unexplored regions of the stringed instruments' fingerboard are non-existent; even the arctic zones of the eternal rosin (near the bridge) have become a habitable abode for fearless climbers. This comment seems to perfectly encapsulate, both literally and metaphorically, Jo's vision of her music and her approach to her instrument; always striving further, always searching for improved means of expression and communication with her audience, always ascending.

her solos developed through their structure all the distorted cacophony into a kind of sublime awe-inspiring beauty of the same type as a huge wind wrapped temple ruin or infinite wilderness in the middle of a storm... (she is) a musical genius who channeled a unique vision...”

Intoxicating, beautiful sounds... a magic moment... you could hear a pin drop...”

The theatre was completely quiet when Jo started Laurus, a stunning opener in which the rhythmic strumming on the cello systematically got more and more layers (via looping techniques), and developed into an impressive sound collage with an explosive end. By this, the lovely British lady was able to show in a few minutes her brilliance and virtuosity

Exciting, enrapturing and utterly engaging, Jo Quail will take you on a sometimes surprising and often emotional journey.