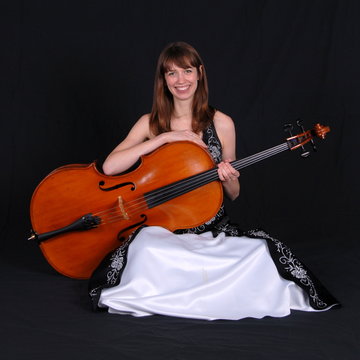 Jo is a talented and versatile cellist, working in all genres of music, from classical to contemporary, commercial and pop.
Cellist
Durham
Verified profile

Jo studied in London and gained a First class degree at Trinity College of Music and a Masters of Music at Guildhall School of Music and Drama. Since then, Jo has an active and varied freelance musical career, working with orchestras such as the European Union Chamber Orchestra, the Hallé Orchestra, and London Concert Orchestra. She is also in demand as a chamber musician and soloist, performing on cruise ships all around the world and recently performing the Brahms Double Concerto in London. When not playing in orchestras or teaching, Jo can be found playing with the DJ Anchorsong in venues and at festivals across the UK and Europe, running half marathons, and baking sourdough bread.

I just want you to know that we very much appreciated your playing. A number of my guests said to me how lovely it was to have musicians to accompany the tea – better than the Ritz was one comment! Many thanks for your contribution to my special day.