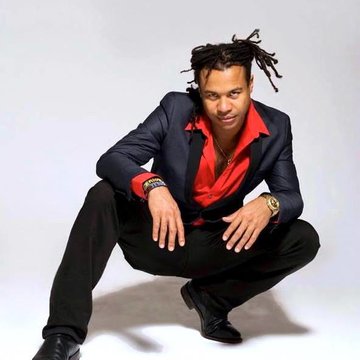 Jesús Cutiño is a singer, songwriter and an accomplished performer of many guitar styles including Cuban, Latin jazz, Flamenco, Ska, Raggae etc. Today he is recognised as one of the best tres players in Europe (the tres is the Cuban guitar that is the mainstay of the Cuban 'son' sound). V Born in Las Tunas, Cuba in 1974 Jesús grew up surrounded by music. His mum was a singer, his father and grand-father were both "trovadores" and played tres and guitar in the Oriente tradition. It was his father who first introduced him and his twin brother Amaury to the guitar. He was 5 at the time. But soon, for Jesús, playing the guitar was not enough. At 16 he wrote his first song (and since then he hasn’t stop writing). He already knew then that music would be the love of his life. Jesús also wanted to study literature, learn and find inspiration from the great authors and poets. At the age of 18, while at university, he joined MARIACHI TUNAS as band leader, guitarist and vocalist. Jesús was finally a professional musician. Two years later he joined the 14 piece band SUPERBANDA SURIK (one of the leading bands in the province of Las Tunas and the first band to play Pure Salsa in Cuba) where he honed his skills as a vocalist and composer. Over his 8 months with SUPERBANDA SURIK the band played on stage many of his compositions including “Traigo El Sabor” which will later be recorded in the U.S. At 22 after gaining his degree in Spanish literature it was time to move to Havana where he joined and lead the band SON DE MI TIERRA which, with their traditional repertoire, gave him the opportunity to learn to play the tres guitar and to record their first album. In 1998, at the age of 23, Jesús moved to London and quickly became a feature of the city’s vibrant salsa scene. In 2002 he formed his first band SON DE CUBA which performed around the UK, Ireland, Italy, Spain, France,Taiwan,Dubai, Greece, Japan etc. In 2004 he joined the renowned band SKA CUBANO (a Jamaican and Cuban musical collaboration) and has since performed with them at many prestigious venues and festivals around the world including the Festival International de Jazz de Montreal (Canada), Fuji Rock (Japan), the various WOMAD Festivals (UK, Australia, New Zealand, Sevilla,Estremadura, Canary Islands), Glastonbury (UK), Roskilde (Denmark) and the Nobel Peace Price ceremony in 2005, to name a few. He has also recorded two of their albums. Over the past 10 years he has appeared or shared the stage with numerous prestigious artists including Oscar D'Leon, Gilberto Santa Rosa, Tito Nueves, Lusito Quintero, Cano Estremera, Lusito Carrion, Maelo Ruiz, Tito Gomez, Leodan, Roberto Torres, Ricky Martin, Enrique Iglesias and Wynton Marsalis (with the Jazz at Lincoln Center Orchestra). Today, in London, Jesús continues to perform with his band JESÚS CUTIÑO & SON DE CUBA, which has established itself as the leading and most exciting Cuban band in the UK. He has also now established a new Timba band back in Havana and recorded a new album called "En La Cima" which is expected to be release in January 2016. A tour will follow end of 2016.

“Absolutely. This is a really popular request If you'd like a DJ service via our PA after the final set until the venue closes, we provide this for an additional £200”

“We usually set up about 1 to 1.5 hours before the performance time. As soon as our PA is set up we can provide a Dj set / Mc entertain service to help set the atmosphere and get your guests ready for our live performance!” we provide this for an additional £100

Our PA and lighting system is included in your quote. We usually require a minimum of X by Y space to perform”

This is an amazing Cuban Band, Their music sound and interpretations are one of the very best of the cuban music shows in the Uk. I have hired them several times and they always give the best of Cuban music and culture, it is impossible to sit in their shows. highly recommended for Latin and / or Cuban dance music activities