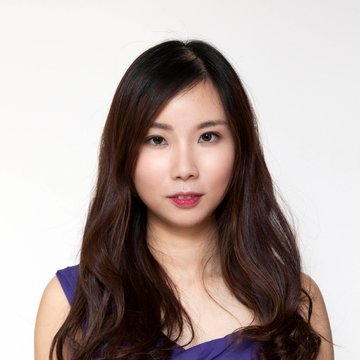 I am a young lyric coloratura soprano from Hong Kong, currently based in London, and I am looking for representation in Austria / Germany. I previously trained at Royal Welsh College of Music and Drama and Trinity Laban Conservatoire of Music and Dance, and recently graduated from Master of Opera from Conservatori Liceu in Barcelona. My major repertoire includes Königin der Nacht (Die Zauberflöte), Zerbinetta (Ariadne auf Naxos), Olympia (Les Contes d'Hoffmann), Blondchen (Die Entführung aus dem Serail), Amina (La Sonnambula) and Madame Mao (Nixon to China). I have previously sung the title role in Alcina with New London Opera Players, Queen of the night (Die Zauberflöte) with Lyric Opera Studio Weimar and Conservatori Liceu, also Anna Reich (Die Lustigen Weiber von Windsor) with Theatre Rudolstadt. I am also a 2016 Concordia artist and Britten-pears young artist. I participated in iSing Festival Suzhou 2016 and I am currently singing with Wexford Festival Opera chorus in Herculanum, Maria de Rudenz and Riders to the Sea, and some solos in Buxtehude’s Jesu Membra Nostri. I have previously worked with Mariella Devia, Luciana Serra, Barbara Bonney, Francisco Araiza, Thomas Allen, Della Jones, Roger Vignoles, Rosalind Plowright, Massimiliano Murrali, Massimiliano Bullo and Barbara Frittoli in Masterclasses and singing lessons. In November 2016 I was awarded the 1st Prize in Premio Antonio Bertolini in Milan, as well as Leoncavallo Prize and Gitanilla Prize ex-aequo. In Jan 2017 I gave a singing workshop on Chinese repertoire in Santiago, Chile. I will be singing the role of Daria Garbinati in Viva La Mamma in Jerusalem in July .

Thanks a million for your perfomances in the Netherlands. You were outstanding.

Hello again Jessie and thank you for your magnificent performance in celebrating my 60-years anniversary in Oslo. You and your colleagues gave me and my guests an astonishing performance and a life long memory. I did not get the chance to give you my personal thanks at the end of the meal. I hope you had a good time in Oslo and I hope I will have the opportunity to come back to you for another performance in Norway. Again thank you for sharing your beautiful voice with me an my guests. Take care Jessie and please forward my thanks to Paul and James.