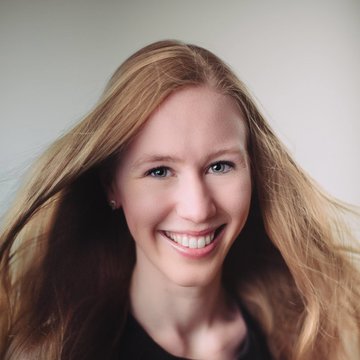 An exciting young conductor, composer and performer based in London, Jessica is currently Musical Director of the award-winning chamber choir, the London Concord Singers and the East London Chorus. She is also the Associate Musical Director of the Pegasus Choir. Alongside this Jessica is a sought-after freelance rehearsal conductor and, most recently, has worked with the London Symphony Chorus, Milton Keynes Chorale, St Michael’s Church choir in Bray and the News International Choir. Jessica began her conducting career while studying her undergraduate at the University of Surrey, when she became Musical Director of Barclays Capital choir in Canary Wharf, whom she lead for three years. During her year between degrees, she was the Assistant Conductor of the St Ives Choral Society and the first conductor of the Hilton Youth Choir, while building up her freelance work of compositions and transcriptions. She then studied a Masters in Choral Conducting with Simon Halsey and Julian Wilkins at the University of Birmingham, during which time she not only worked with various university choirs but also the CBSO Chorus. Jessica also co-ran the Perry Barr Community Choir (run alongside the CBSO) and has been a guest conductor at various schools such as St Mary’s, Cambridge and Hallfield Primary School, Birmingham. During the summer of 2012 she spent a month volunteering at a primary school in Cape Town, South Africa, leading choral and instrumental ensembles, and in 2015 Jessica also became the first winner of the John Cole Bursary for young conductors at Taunton Live. Also a successful composer, Jessica has won multiple competitions and her choral works have been premiered in prestigious venues including Guildford Cathedral, the Victoria Rooms in Bristol and Chevy Chase United Methodist Church in Washington, DC. As Music Consultant for St Mary’s School in Cambridge, she has arranged and composed works for their various choirs and instrumental ensembles, alongside vocal coaching their chamber choir, Allegro. She also edits vocal and string backing, most recently for Singer/Songwriter Archie Smith. Throughout her education and career Jessica has been a keen choral singer. With a Diploma in Singing Performance, she has performed in multiple BBC Proms concerts, including Beethoven 9 with the CBSO Chorus, Mahler 3 with the London Symphony Chorus, and in the semi-chorus of Elgar’s Dream of Gerontius as part of the BBC Young Voices choir. In her second project with the London Symphony Chorus she was the soprano soloist for their performance of Bernstein’s Chichester Psalms in the Barbican.

Just drop me an email and I will do my best to accommodate!

This isn't a service I tend to provide.

I will need 30 minutes to warm up in the venue prior to the performance.

Absolutely! For events such as Weddings and Funerals I am happy to learn songs you would like, or suggest music if you don't have any preferences.

The venue will need a piano or organ.

Absolutely. This will involve an extra learning fee but I am more than happy to learn specific songs for the event.

My professionalism, reliability and all-round performance.

Alongside singing in the BBC Proms I am also the featured soprano in Glamour on the Green opera gala.

Standard Prices
Packages
Wedding Service
Perform up to 3 solo songs and join in with hymns. This price does not include an accompanist.
£200

We are delighted to have had Jess as soloist for our 2019 Spring Concert. In addition to her performance on the day - where her beautiful solos sounded so effortless - she was perfectly prepared with great communication and organisation before the event. Totally professional, but also a joy to work with, bringing inspiration to our singers.

Jess is a fine solo singer with a highly attractive light , high soprano voice. Backed up by a very broad musical education , she is an excellent colleague.

The student orchestra was brilliant, clearly and expressively conducted by the remarkable Jessica Norton (so adept in handling the opera’s many vocal ensembles).

I enjoyed working alongside Jessica for East London Chorus’ Vivaldi day. She is an open and intelligent musician, and excellent choir leader and it was clear that the workshop participants loved working with her.

“Jessica is an impressively assured young choral conductor. With her positive, firm and calm manner and her excellent musicianship she can inspire choral singers of all ages and lead them through the most challenging repertoire.”

“Jess is part of the exciting generation of choral conductors (trained at the CBSO and the University of Birmingham). Recommended!”