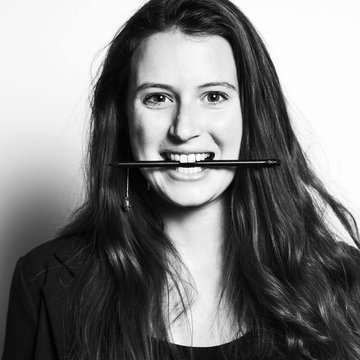 Check availability and get a free quote now - no commitment to book
From£180
Watch & Listen
About Jessica
Home page
Jessica Eucker
Like Jessica?
Watch & Listen
1-3 of 3 videos
The Blessed Virgin's Expostulation, by Henry Purcell
Bachianas Brasileiras No. 5, by Heitor Villa-Lobos
Excerpts from 'A Secret Sky', by Michael Mahadeen

From NJ, I've lived in Austria and Germany and now settled in London. Keen on baroque and early music as well as new compositions.
Singer (Soprano)
London

Jessica Eucker, Soprano, began her singing career at 7 years old as a member of the Metropolitan Opera Children's Chorus, in NYC, performing in over 150 performances within 7 years there. She was a two year member of the Martina Arroyo Foundation's Prelude to Performance and has performed as a soloist nationally and internationally, with the Baroque Orchestra of NJ, Astoria Music Society, Musica e Arte Festival in Tolentino, Italy and the Chorforum Gleisdorf, Austria. In 2010-11 she studied voice at the Kunstuniversität Graz, Austria, under Frau Agathe Kania. In 2013 she graduated Summa Cum Laude with a Bachelors of Music with Honors from The Cali School of Music, Montclair State University, New Jersey, under teacher Jeffrey Gall, with a double major in Theatre studies and a German minor. She received a 2013-14 Fulbright Scholarship to Dortmund, Germany where she worked as a teaching assistant and has since performed a series of concerts.