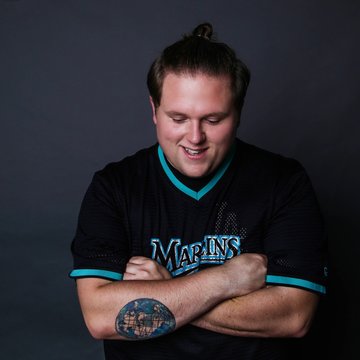 This singer songwriter’s passion for music is undeniable. Jamie thousands of gigs under his belt, having also performed on live national TV.
3 of 3 photos
Singing guitarist
Newcastle
Public liability insurance of £5 million

Jamie Lee Harrison is a 24 year old British singer songwriter. His passion for music is his lifeblood, with thousands of gigs under his belt he has performed across the globe. Whether it be to a crowd of 50 or 30000, Jamie describes the stage as his home. Born and raised in Newcastle, Jamie is a popular part of the North East music scene. From years of developing his melodic sound and purposeful songwriting, he has steadily grown a following of people passionate for genuine music performed from the heart. An incredible 2017 saw Jamie performing on live national TV to completing his own headline tour. His self released track ‘Reflection’ raising awareness on mental health, received huge praise online. Influenced by artists from James Morrison to Michael Jackson, Jamie’s music is soulful, telling stories of both joy and heartbreak driven from real life experiences. His innate charm makes him immensely likeable. Collaborating with writers & producers in the UK, Sweden & Berlin who have penned tracks with the likes of Celine Dion, Ne-Yo and Ed Sheeran to name a few… 2019 is set to be a breakthrough for the young writer.

Verified
Eileen A, 4 years ago

We booked him through James very last minute on Saturday afternoon with around 1 hour notice. I was a little worried because I hadn't of heard any videos of Jamie sing. I can honestly say that out of all 20 people not a single one complained! He was on time and he was absolutely fantastic like James said he would be. I would recommend him to everyone!

First of all I'd just like to say a HUGE thank you to Jamie for making our wedding day so special and atmospheric! His voice is outstanding and all of the guests thoroughly enjoyed his performances during the day. Jamie is a genuine, down to earth lad with an amazing talent and everyone was in awe with his performance. I'd definitely recommend him 100% for any event and just want to say thanks Jamie for learning and playing my favourite song for me to walk down the aisle to! It really made my day

Sarah B, 5 years ago

I booked Jamie for my wedding entertainment after coming across his music on social media. It's safe to say he surpassed all my expectations. Jamie sung my chosen track 'Amazed' by Lonestar as I walked down the aisle and it just created something so special. All my guests commented on the atmosphere of the ceremony, and Jamie definitely played a huge part in this. In the evening Jamie performed our first dance song and a further one hour set. The dancefloor was busier than when the DJ took over. The choice of songs he delivered were very diverse and reached all ages present. My guests were very complimentary, so much so that one of my friends booked him the following day for her own wedding next year. My wedding day will always be such an incredible memory, and I can't thank or recommend Jamie enough. If you are looking to make your day that extra bit special, he is definetly the guy for the job!