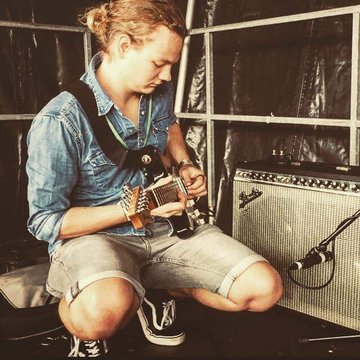 We had Central Avenue perform at our wedding in Farnham. They did a fantastic job entertaining our guests. We had lots of compliments! They were very friendly and accommodating. Will definitely have them again for a future event.

We hired Central Avenue for my husband’s 60th birthday party. Lovely young people who are fantastic musicians with a brilliant female singer. They have an impressive setlist that totally suited the the wide age range of our guests. They filled the dancefloor and nothing was too much trouble for them. I would highly recommend them for any function.

I booked Central Avenue through my company Emerald Kitty Entertainment for a corporate event on behalf of one of our clients. I received fantastic feedback from the client and the booking process was a pleasure. I will not hesitate to book Central Avenue again for future events. Well done Central Avenue

Just had a fabulous party thanks to their music. Young, energetic, very helpful and very professional. We were very happy with their list and only had to highlight a few songs we really liked. Very consistent bass and drums, great solos from guitar, a keyboard player that turns into a sax player and fantastic vocals from Alda. Our guests loved them, and so did we. Best wishes for their future!

A funky, soulful, fun talented bunch of musicians. Want a party with an excellent live band? These ladies and gents come highly recommended!

Wow what a great night it was too. You certainly made our party. Thank you so very much. Very professional from the outset. Great Band and lovely people. Cant thank them enough

Verified
Paul-James B, 2 years ago

We hired Central Avenue at short notice for our wedding in the Hertfordshire countryside in September 2018. They put on nothing short of an absolutely fabulous performance in our festival tipi! They are wonderful musicians and singers, had a great set list to choose from and were extremely professional and accommodating with our last minute changes. During their interval they even offered to learn to play a new song so that our nieces could sing it to us as a surprise. The bands manager is very professional and we had great communication from start to finish. We had countless compliments on the band and can honestly say we have never been to a wedding before (and we've been to a lot) where the dance floor remained packed throughout the entire performance. Thanks for helping to make our big day so special! We highly recommend them for any event you may have planned.

Verified
Ian A, 2 years ago

These guys rocked our mini festival. They performed in front of 2000 people across 2 performances and had us all dancing. Really professional and would book again.

Verified
Gaius B, 2 years ago

Would highly recommend Central Avenue to anyone, a wonderful group of lovely individuals on and off the stage and an absolute blast to see live.

I had the pleasure of supporting Central Avenue at their latest showcase in Guildford and they were just fantastic. They had great collective energy and showed huge skill and technique in the vast range of songs they played

Jamie conducted himself excellently on the session. He came fully practiced and prepared, with a variety of different and guitars/ effects to make sure we always had options. There were never pauses as he figured out parts which resulted in a super smooth session. He was also very open to suggestions from his band mates and myself, which is a good trait to have. He had a very easy going demeanour, but he demanded the best from himself to make sure he made the best possible use of the time. Overall, I'm very happy with Jamie's performance on the day and would happily work with him again.

“Jamie is a versatile guitarist in the studio environment. During the recording, he is able to mold his tone to the requirements of the track and is very accepting of feedback and criticism. A great player with a great attitude.”

I have recorded Jamie on a number of occasions during lectures at ACM. He is a talented and competent musician who has a professional attitude in the studio environment. He has shown great versatility and an ability to work well under pressure on the sessions I have conducted.

The session in which I worked with Jamie was a smooth and painless experience. He was well prepared and rehearsed - quickly adapting to any changes we made to the guitar parts. Easy guy to get on with and great player!