COVID-19 - we’ve adapted and we’re here to help you.
Pianist 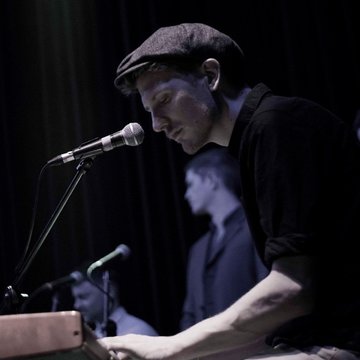 Check availability and get a free quote now - no commitment to book
From£180
Watch & Listen
About James
Questions (11)
Reviews
Home page
James Graham
Like James?
Watch & Listen
1-3 of 4 videos

James Graham is a proffesional piano player, organist, composer and piano tutor based in Bristol.
3 of 7 photos
Pianist
Bristol

James Graham is a professional piano player, organist, composer and piano tutor based in Bristol. He has performed all around the world as a solo performer and with various other artists, and tours regularly in the U.K. After performing extensively as a resident pianist in three different Bristol venues, he now writes, records, tours and arranges regularly with internationally acclaimed artists such as Hannah Williams and Ephemerals. He also has a vast portfolio of original jazz and classical piano compositions and orchestral works. He has recently composed, arranged and directed the latest Hannah Williams album entitled 'Late Nights and Heartbreak' released on Record Kicks (IT). James studied Music at the University of Leeds and graduated with Honors in 2011. Whilst studying he worked as a self-employed piano and music theory tutor. In 2010 he was awarded winner of the Leeds Music College Silent Film Competition with his composition 'A Life In The Night', which was performed in the University Clothworker's Concert Hall by a 40 piece orchestra. In 2011 he travelled to the Middle East to perform as a solo pianist. For over a decade James has been a resident solo piano performer for the touring festival venue The Peoples Front Room. Now he works as Musical Director for the venue, organising over 80 musicians to perform across the festival season, at events such as Glastonbury Festival, Bestival, Boomtown and Shambala. In 2017, James will embark on a European tour promoting Ephemerals' 3rd studio album (released on Jalapeno Records, UK). He will be directing music at the People's Front Room at 7 different festivals, and will record, compose and direct 3 more studio albums with Hannah Williams, Three London Planes and Bombs. "'James Graham is a terrific all-rounder - pianist, singer, composer, band-leader...Whether as a solo performer or as frontman of a group, he shows genuine confidence and poise and has a very warm stage presence. In short, he has not only admirable technical skill but also the ability to communicate with his audience." Simon Warner, rock journalist [Guardian]

I always try my best to be flexible to help ensure your event runs as smoothly as possible. If timings change slightly in the run up to the event just let me know

Absolutely. This is a really popular request and I actually offer this service for free. If you’d like a DJ service via my PA after the final set until the venue close , I provide this for an additional £100

I usually set up about 30 minutes to 1 hour before the performance time. As soon as the PA is set up I can provide a free playlist service to help set the atmosphere and get your guests ready for the live performance!

Yes, of course - as long as the piano is in working order and in tune, then I’m happy to play on it!

Our set lists are crafts from countless performances and learning what works best to ensure guests have an amazing time. However, I’m definitely happy to chat through and make sure we find what works for your event.

If a song isn’t inclded in my song list there may still be a chance I already know it. If there is a special sound you’d like me to learn I’m happy to do this for you. There is a fee of £30 for the service to take into account rehearsal time, etc.

People really enjoy the original spin I put onto well known songs, and the fluidity of my improvisation. I often mix two songs together, or play around with the arrangement of songs, keeping them fresh and exciting, and also unique to my style of playing.

I’m the Musical Director for the band Hannah Williams and the Affirmations. We supported Charles Bradley in the main room of the Colston Hall back in 2017. It was special to me for two reasons - because Charles passed away shortly after that gig, and because I grew up in Bristol, and it’s always been a top ambition of mine to play the Colston Hall.

'James is a consummate professional - he was happy to discuss at length what we wanted from our evening and pitched his performance perfectly. He is charming and easy going and on top of it all, a brilliant pianist. I would highly recommended James for the performance that you desire‘

James is a great player, composer and band leader, and really delivered what I needed for the film

Verified
John B, 4 years ago

'James Graham is a terrific all-rounder - pianist, singer, composer, band-leader...Whether as a solo performer or as frontman of a group, he shows genuine confidence and poise and has a very warm stage presence. In short, he has not only admirable technical skill but also the ability to communicate with his audience." Simon Warner, rock journalist