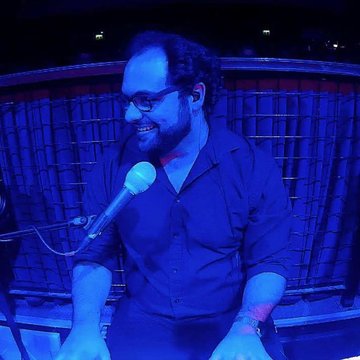 Check availability and get a free quote now - no commitment to book
From£210
Watch & Listen
About James
Reviews
Home page
James Doughty
Like James?
Watch & Listen
Watch
Listen
1-3 of 23 videos
SUNDAY IN THE ARTS WITH...NADIM NAAMAN & JAMES HUME singing 'The Proposal / The Night Was Alive'
Taken from 'LIKE ME' - 'For Now' music & lyrics by Garry Lake
Barricade Boys - Vocal Arrangements and Musical Director/Keys

James trained as an actor at the Guildford School of Acting, graduating with a BA (Hons) in Musical Theatre, as well as receiving the Saskia Carter Award for Outstanding Contribution to the School. Whilst training, he was taught to sing by several leading tutors including Ross Campbell and Steven Luke Walker. He also worked extensively with musical directors Peter Roberts, Niall Bailey, Ross Leadbetter and Martin Waddington as a rehearsal pianist and keyboard player for several GSA shows, and was one of the orchestrators for the GSA BA Showcase of his graduating year. Following this experience, James’ first job following training was as an actor and musician for the new musical, ‘Dorothy Squires: Mrs Roger Moore’. James continued to work as an actor, before focussing on musical work, namely as an audition pianist, repertoire coach and musical director. James has taught students from institutions including PPA, GSA, MTA and D&B, and has worked as a singing tutor at PPA and GSA, and has worked with their students on projects including ‘The Pirates of Penzance’, ‘Crazy For You’, ‘Oklahoma!’ and ‘We Will Rock You’. James is an experienced user of Sibelius and Logic Pro X, and has arranged and composed for writers and singers such as Garry Lake, Robert J. Sherman and Lucie Jones. He works as a regular pianist for the Phoenix Artist Club’s GOTTA SING! events, including Musical Theatre Open Mic and their West End Talent competition. James was recognised for his work in 2013, winning the BroadwayWorld.com award for “BEST MUSICAL DIRECTION (Fringe)” for ‘Rent’ at the Tabard Theatre.

Female A, 6 years ago

There are many beautiful and clever arrangements by Musical Supervisor, James Doughty, balancing the singing lines and allowing each to shine

Finally, the show would not be complete without the fantastic pianist, James Doughty, whose energy was infectious. It was almost more fun to watch his piano playing; the enthusiasm was pouring out of him.

James Doughty’s pit band gives superb support to all those punchy numbers – even Agadoo, once voted the worst song of all time …