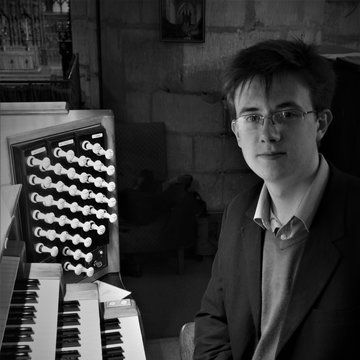 Check availability and get a free quote now - no commitment to book
From£180
About James
Home page
James Anderson-Besant
Like James?
Watch & Listen

James Anderson-Besant is currently the Organ Scholar of Gloucester Cathedral, where he regularly accompanies services sung by the Cathedral Choir, the new Girl Choristers, the Youth Choir and the Junior Choir. He assists in the Cathedral’s programme of music outreach in local primary schools, and is also accompanist to the Wycliffe Choral Society. After his gap year James will take up the Organ Scholarship at St John’s College, Cambridge along with a place to read Music. James began his musical education singing in a choir while at his local primary school, and then joined the choir of St Helen’s Church, Benson, later becoming the Organist under the Director of Music Judith Ward in 2013. He studied the organ with James Brown from 2009 – July 2016 while a pupil at Abingdon School, where he held Academic and Music Scholarships. James played continuo for Oxford Concerto Orchestra from 2011 - 2016, and in his final year featured as harpsichord soloist in Bach’s Brandenburg Concerto No. 5 and Harpsichord Concerto No. 1. While in the Upper Sixth James was also the Organ Scholar of the Cathedral Singers of Christ Church, Oxford, playing for many services in the Cathedral outside university term time.