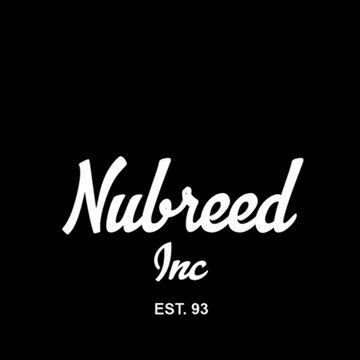 More than just a DJ

Nubreed inc born in 1993 DJ and producer Jack McCulloch (Nubreed). First touching a pair of belt driven turntables at the age of 16 and being amazed by the smooth mixing of dj's ,Nubreed wanted to learn how to DJ properly and put every spare minute into learning to do so. Nubreed grew fond of house music and started to develop his own style of mixing. progressing from belt driven turntables onto a numark controller Nubreed improved his mixing skills starting at friends parties and in his bedroom. By the time Nubreed was 18 he held a residency at his local popular bar on friday and saturday nights ,progressing from local bars to larger clubs in the uk Nubreeds name was growing and his mixing skills started to become more in demand , Djing at some of the top 10 nightclubs in london including - Minstry of sound - pacha london -& cargo shoreditch along side world renowned djs such as fat boy slim - dj luck and mc neat - Ill phil - low steppa - eddie richards - the scratch perverts and the disciples . Nubreed now 21 gained notoriety amongst people for his seamless mixing and amazing sets ,Over the next 5 years Nubreed continued to Improve his mixes and Started to get noticed by other Djs Including Hardwell getting featured on hardwells mixcloud chart. Nubreed now 26 has been djing for 10 years and has learnt a lot but is still constantly improving his mixing skills and is still just a passionate now as he was when he first started mixing.

wide variety of current and past music
Customer questions

Not a problem just drop a message and let us know the new times .

Yes of course we can provide This , just send a message with the extra times and we will provide this free of charge

Only 30 mins and everything will be up and running

Basic Set lists would be created together prior to your event , to make sure the music is suited to your event , although extra music will be mixed in depending on the vibe and crowd

Of course as long as notice is given

I booked NUBREED INC for my birthday party 🥳 They created a custom playlist for me with everything i wanted and more! Communication was received from the time of the booking right up until my party was finished and it was brilliant. I will DEFINATELY be booking again!! HIGHLY recommended!!

We booked Nubreed inc for an event night and my goodness he didn’t fail to provide us with more than what we asked for! He was brilliant and the crowd loved him too. In fact they’ve been asking when he’ll be doing another night. We will be having him back for sure and can’t recommend him highly enough !!! A***

DJs in the UK
DJs in Brighton and Hove
DJs in Sevenoaks
DJs in Horsham
DJs in Maidstone
DJs in Kent
Customer Service
Discover
Company
As seen on
© Encore Technologies, Ltd.
Crafted with bagels and in London