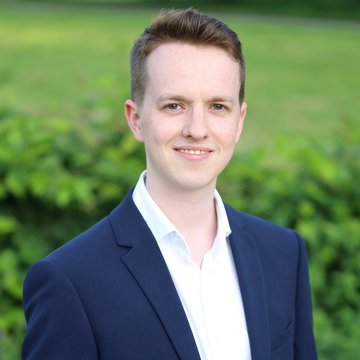 Iwan has recently graduated from the Royal Northern College of Music with a Master's degree in Piano Performance with distinction. At the RNCM, he studied with Benjamin Frith and won the College's Piano Recital Prize as well as the Shirley Cattarall Award. Iwan has enjoyed much success in national and international competitions; a finalist in Keyboard category at the Royal Over-Seas League Competition in February 2016 and, in 2014, he won first prize at the Llangollen International Eisteddfod and the National Eisteddfod of Wales. He was awarded Gregynog Young Pianist of the Year in 2013 and was also a finalist at the 2012 William Mathias Music Centre Piano Competition in Caernarfon. Iwan has a broad repertoire with a particular affinity for Schubert and Chopin. He has participated in masterclasses given by renowned pianists including John Perry, Peter Frankl, Paul Badura-Skoda, Nelson Goerner, Pascal Rogé, Phillippe Cassard, Vovka Ashkenazy, Kathryn Stott and David Owen Norris. Iwan's main focus is as a chamber musician and accompanist. He has received coaching from Susan Tomes, Peter Cropper, Sara Bitlloch, Jeremy Young, Antonia Koster, Petr Prause, Natalie Klouda, Leonard Elschenbroich and Qian Wu. He has recently joined Ensemble Cymru, an ensemble which brings chamber music to communities in and around Wales. Iwan was also accepted on to the Live Music Now scheme in 2016. Founded by Yehudi Menuhin in 1977, the scheme provides regular performance opportunities to musicians at the beginning of their careers, with particular focus on bringing music to people who do not have the opportunity to attend concerts. Professionalism is key to all of Iwan's activities, and he will bring the same dedication and commitment to musical standard, whether playing a solo or chamber music concert, or providing music to a wedding ceremony or corporate event. Please get in touch with any questions.

I usually begin setting up 30 minutes before I start performing.

Yes, of course. I will need to make sure the piano is in working order and in tune, and if so I would be happy to play on it.

Yes, of course. I can send you a list of my repertoire, from which you can choose. I am happy to accommodate any specific requests you might have as well.

Yes, if there isn't a good piano at the venue I have my own keyboard and equipment.

Yes - more than happy to take reasonable requests in plenty of time before the day.

SS
Seyi S
3 years ago, for a Corporate event in The Bridgewater Hall

We are so happy with the work that Iwan did for us. Iwan played a wide variety of music that was thoroughly enjoyed by the attendees of our Graduation drinks reception. They even made specific song requests and got him to play some songs again! Iwan arrived on time, communicated well with the event’s organiser beforehand and is a lovely person who we would love to have play at one of our events again in the future. We wish him luck in his future endeavours!

LT
Louise T
3 years ago, for a Concert in The Esplanade

I had the pleasure of hearing Iwan play at Touchstones gallery in Rochdale in November last year when he accompanied baritone Emyr Lloyd Jones. (I organised a series of monthly lunchtime recitals.) It was a lovely hour's entertainment - Emyr has a beautiful voice but Iwan was equally impressive. He's clearly a gifted pianist. His talents shone during that hour. He was a sympathetic accompanist, working with the singer to bring out the light and shade of every piece. He also showed considerable flair in solo piano pieces mid-way through the hour - playing sensitively and also tackling demanding pieces. His fingers flew up and down the keyboard with speed and accuracy. I hope that Iwan can pay a return visit to the gallery before too long.