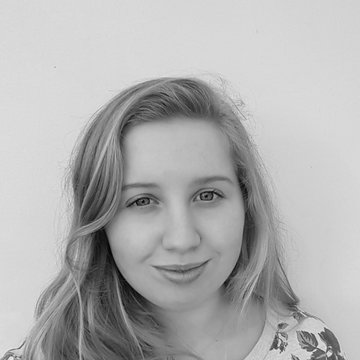 Isabel is an enthusiastic and conscientious singer. With a real keenness to learn, Isabel is a singer with a wide and varied repertoire

Isabel Tuffin Donnevert is a recent graduate from the University of Southampton where she studied and achieved a Bachelor of Arts with Second Class Honours, Upper Division in Music. Her main focus was on performance and she was taught by the fantastic Keith Davis. During her time at University, Isabel received a wealth of opportunities, these include: being a Choral Scholar with the prestigious group Cantores Michaelis, singing in the award-winning Southampton University Chamber Choir, and being President of and having numerous lead roles with the Chamber Opera Society. Currently, Isabel is based at home in Devon where she is Choral Scholar at her local church: Crediton Parish Church. In 2017, Isabel got offered a place in the Soprano 1 section of the National Youth Choir of Great Britain, where her highlight performance has to be singing in the Royal Albert Hall for the First Night of the Proms for summer 2018. Most recently, Isabel got the opportunity to go on tour in Tolosa, Spain with the critically acclaimed group Convivium Singers, here, they competed in the 50th Anniversary of the Tolosa Choral Competition. Alongside these group opportunities, Isabel has had numerous solo performances throughout her time in Southampton, these include: the lead role of Galatea in Handel’s Pastoral Opera Acis and Galatea, and the role of Euridice in Gluck’s Orfeo, for the Southampton University Chamber Opera Society, where she is currently working towards playing the lead of Annie in the opera Jack the Ripper, an original opera written by fellow music student Jamie Kimathi Milburn. As well as opera, Isabel has sung at numerous weddings and funerals and has had several solo performances at Romsey Abbey, St Michael’s Church, and across Hampshire. Originally from Devon, Isabel discovered her initial love for singing aged 8 at her local Parish Church Choir: The Collegiate Church of the Holy Cross, Crediton. Through this she gained the confidence and skills to apply for and get to the final of the BBC Young chorister of the Year Competition in 2015. From there she sang at several weddings and funerals locally, and really started her solo career at Exeter College, where she studied A levels and sang in the college choir. Here, she got the opportunity to be the soloist for Haydn’s “Nelson Mass” and Purcell’s “Come, Come ye sons of art”, among other works. She also sung for the Exeter College Choral society where she got various solo opportunities including being the soprano soloist for Vivaldi’s famous Gloria. Isabel thoroughly enjoys singing and can only hope that the audience enjoy hearing her as much as she loves singing for them.

Capable trained singer who can sing most repertoire from Handel to Donizetti to more pop-y or choral numbers.

Made the service really special; I wish my husband could have been there

The stand-out performance of the show was Isabel Tuffin-Donnevert as the unlucky goddess Galatea, whose solid portrayal bound the entire piece together.

Such a pure voice