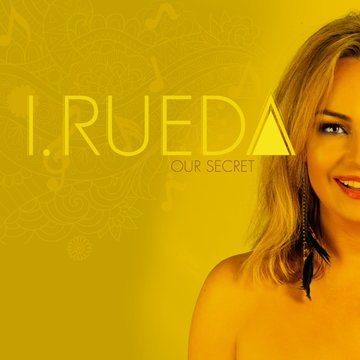 I.Rueda is a Colombian-British singer songwriter guitarist who is passionate about freedom of expression. Over the course of her career Ingrid has been part of several music productions and Latin bands in England and extensive experience as a live performer worldwide. International awards including two Tabaibas for best lyrics, two nominations for Vocalist of the year in Uk, to name a few. She is a resilient artist who despite going through tough circumstances she has been keeping her music up by working on her new original production with innovative sounds of pop, jazz, Latin, rock and funk. Her velvety unique voice tell stories, insights and feelings of herself and others she has encounter in the path of a multicultural life. At the age of 10, she wrote her first song with a strong social and political content about Colombia, later on in life she graduated with a BA degree in Political Science. Ever since She has never stopped writing and singing. She found herself in a hub of new world music rhythms to learn when arriving to the UK and her music has been influenced by all those Andean, Mexican, Cuban, French, Gypsy, Arabic, Flamenco, English rock vibes picked up by her singing style and guitar playing. I.Rueda worked with reknown male Mariachis in London for more than 15 years and now, by co-founding Las Guadalupes made a clear statement to keep tradition of Mexican music in hand with innovative arrangements inspired by female power. Some of her previous singles include: “Calm Down”, “ Flor Salvaje”, “Rumbero en la Luna”. Ingrid Rueda is currently in the promotion of her new album “Our Secret” which includes “Yes Oui Si” mastered at Abbey Road studios in London and “El Complique” at Insert.Play.Smile at Chessington. Soon you can watch her latest videoclip of her single “Que Rico”.

“You don’t quite know what a treat you are in store for when Ingrid gets up to perform. Ingrid is a mesmerising performer; from the moment she steps in front of you, your eyes are fixed. Whether her song’s rhythm is slow or fast, she takes you on a journey with her, your whole body follows her beat and you feel the emotions she expresses so beautifully through her voice and guitar and even the most reserved person ends up on their feet. Ingrid is loved by her audience and always leaves them wanting more and feeling blessed that they have been privy to such talent” Sarah O'Hanlon Community Activities Team Leader YMCA St Paul's Group

I hired Ingrid Rueda "Kiki" for my Parents 40th Wedding anniversary party and I could not have asked for a more friendly and professional band. They are incredible well priced and worth every penny. They played a fantastic selection of songs and they were the icing on the cake to make a great night into a truly spectacular party that my parents or the guests won't forget for a very very long time!'

Amazing first show at the Bassment! Authentic, skilful playing, beautiful voices... Las Guadalupes captivated the room and transported us to a different time and place. Can't wait to have them back!