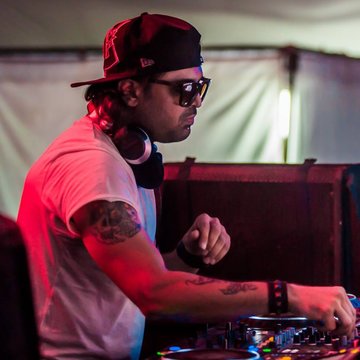 IndRa/Beyond 120 is a 22 year veteran of the music Industry, having played the biggest festivals in Asia and now based in London.
3 of 15 photos
DJ
London
Public liability insurance of £1 million

Played with : Above & Beyond, Dannic, Sick Individuals, Wolfpac, Vini Vici, Avalon, Gareth Emery, Mighty Fools, Nucleya, Mark Sixma & many more. Ind Ra aka Beyond 120 It would be unfair to generalise Ind Ra simply as a Dj/Producer. Devoting himself to technical depth and versality in performance and being as genre-fluid as possible, Ind Ra has played a pivotal role in the progression of electronic music culture for decades in his homeland, India. Often hailed for his continuous advocacy of electronic music and the culture that it brings, Ind Ra has known no bounds in his last attempt to enrich the developing scene in his native country - even while located on another continent entirely. Born and raised in the only state in India where alcohol is prohibited and nightlife is sparse, Ind Ra has always had a desire to stop at nothing to share the magic of the dance music with others. Championed for his intrinsic preference for euphoric melodies, Ind Ra's complex palate of House, Techno, Acid and Trance make him an undeniably individual asset to the global electronic community. As such his work has received regular support from some of the biggest artists and radio stations on the planet. Most notably Ind Ra's bootleg of London Grammar's Hey Now' received some incredible feedback, with Felix Cartel and NERVO both supporting it on their respective radio shows - the latter of which has also expressed interest in Ind Ra turning out an official remix of one of their upcoming releases. Being a cornerstone in India's electronic scene has also allowed Ind Ra to play alongside some of his biggest inspirations, as he become a regular fixture at club shows and festivals across the region for many years and will no doubt continue to do so for the foreseeable future. Now based in London, he spearheads the increasingly popular Desert Disco Records. The label very - much like himself - celebrates the many shades of House, Techno and their associated sub-genres. Just as he did in early days of his career, Ind Ra continues to mark on the Industry and attached culture - sharing in the diversity and depth of technicality there is to offer in the ever changing landscape of electronic music