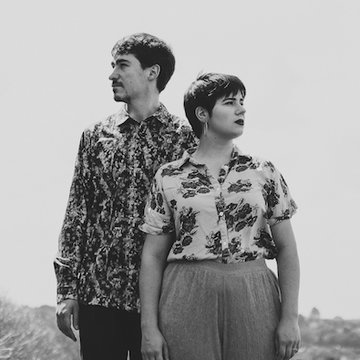 Imprint brings together the worlds of contemporary classical music, folk, & jazz, with elegant improvisation and ethereal sounds. Cellist Cecilia Bignall and Vibraphonist Ralph Wyld play a wide variety of genres - from classical staples and jazz standards, to contemporary hits - but always with their own unique sound, which must be heard to be believed. They have performed in venues and festivals across Europe, including London's RiverStage festival, and Sziget Festival in Budapest. During the lockdown of 2020 they took to home recording, creating brand-new original tracks for Worldwide FM. A husband-and-wife team, the duo go a long way back having played together in the National Childrens Orchestra, National Youth Orchestra, and more recently studying together at the Royal Academy of Music in London. When not playing together, they're both in demand as musicians in their own right. Cecilia has played with the London Sinfonietta, and not only performed in iconic venues such as Wigmore Hall and been featured on BBC Proms Extra, but has also completed concert tours of Russia and Azerbaijan. Ralph is making his name playing original, contemporary music with artists such as Yazz Ahmed. He has performed at venues across the world, including gigs in the London, Berlin, and New York jazz festivals. He has played live on BBC Radio 3’s Jazz Now, and released an album on Edition Records described as an “outstanding debut” by MOJO. They are experienced in providing music for events: always sensitive to clients' needs, and working with the utmost professionalism and care. In 2019 they planned their own wedding, so they're very much aware of the thought, time, and effort that goes into such occasions, and strive to

...set the scene beautifully for our Silver Wedding Anniversary Lunch in our garden this summer...our guests were treated to easy-listening music which simply added a touch of the feel good factor to the whole occasion. We also realised that we were in the presence of greatness!!!

Thanks so much for the performance on Sunday. What an interesting group! Imprint were real stars; there is such pleasure to be had in watching people at work who are really good at what they do.