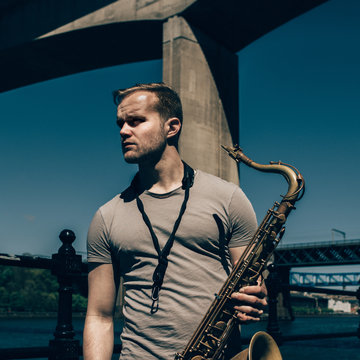 'IAMJoeReeve' 'House and Electronic Dance Music and Contemporary Jazz and Pop Saxophonist'. "Joe has been playing the Saxophone now for 17 years and started playing at the age of 6. Getting a taste of performing by playing in School bands such as the School Orchestra and the School Jazz band. Joe then went on to study Music throughout High School during that time he then starting playing in bands outside of School such as Local Rock bands and then the county Jazz Orchestra. When moving away from his Hometown of Felixstowe Suffolk to Braintree Essex studying Creative Musicianship at Braintree college and during that time he joined the National Youth Jazz Orchestra Academy Big Band based in London. During this time away from home Joe discovered House Music. He then started working with House Producers and DJs and his Love and passion for House Music was born. Leaving Braintree and moving on to Newcastle Upon-Tyne where he went to study BA (Hons) in Contemporary Popular Music at Newcastle University, Joe started performing in the local Bars and Clubs around Newcastle working with a wide range of Musicians and DJs. After Graduating from Newcastle University Joe now works as a professional Saxophonist. Performing as a Solo Performer as well as in several bands from Function/ Wedding to Jazz Orchestras and Pop Duos to Trios. Performing for a wide range of Clientele and in many Unique and different Venues such as Weddings, Night Clubs, Bars, Restaurants Corporate Events and Music Festivals that which include Kendall Calling Music Festival.”

Hannah B, 4 years ago

Joe played at our wedding on 3rd June during welcome drinks and played our favourite song for our entry into reception. It was an amazing atmosphere and our wedding wouldn't of been the same without him. He even stayed longer than agreed due to photographs taking so long. Thanks Joe!

Drewe B, 4 years ago

Joe, absolutely incredible at our wedding on Sunday. Helen and I can't thank you enough for literally dragging people onto the floor... can't wait to book you again!

Tenor Saxophonists in the UK