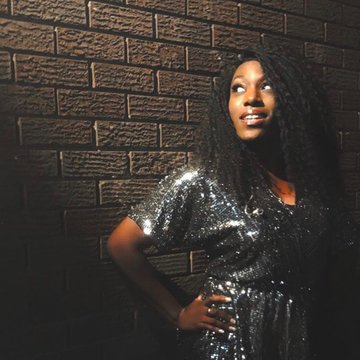 Hayley-Ria is established as one of the UK’s go-to live and session Soul vocalists.
3 of 8 photos
Singer
Manchester
Public liability insurance of £10 million

Hayley-Ria is established as one of the UK’s go-to session Soul vocalists. Alongside this, she performs her various one-woman shows around the world, most notably a critically acclaimed celebration of the music of Gladys Knight - She’s currently Producing and starring in the ‘Midnight Train to Georgia’ UK theatre tour as well as her fantastic ‘Celebration of Whitney’ show. From lead roles in musical theatre shows such as Cinderella at The Manchester Opera House, (playing The Fairy Godmother), Sister Act (playing Deloris Van Cartier), to performing at Manchester Pride and touring with Sheridan Smith, she has an impressive list of performances to her credit. With over 15 years experience performing all over the world.... mainly corporate events, hotels and cruises for companies like TUI, Butlins, Live Nation including major recording sessions; Clients include - BBC Radio, Global Radio, Manx Radio, Signal Radio, S2Blue Production and many more.

MB
Michael B
2 years ago

The evening was made special by you. Hayley. Thank you

Thank you so much for Sunday, you absolutely made the day, it was so much better than we could have wished for!! See you at the quarter when you’re next there , Jane & Mark x

One of the main highlights of the entire event, in my view, was Hayley Ria Christian - Through the Knight, a stunning singer, who gave us a Tribute to Gladys Knight. Simply one of the most high-quality tributes I have seen.”