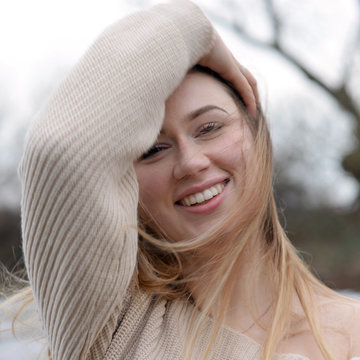 Hannah Just is a classical soprano currently based in the West Midlands. She has obtained a variety of performance experience through various events. She has worked with the BBC on numerous occasions, and performed as the guest soprano for their 'A Celebration of Christmas' concerts on two occasions (2016,2019) at the Malvern Theatres. Hannah has recently performed in two operas, '2nd Genii', 'The Magic Flute' (York Opera 2021) and 'Dido' in 'Dido and Aeneas', (Leeds Conservatoire 2021). She has worked with companies such as City of Birmingham Symphony Orchestra, frequently performing at Birmingham Symphony Hall and has performed with Bradford Chorale as their guest soprano for Andrew Wright's 'A Requiem of Peace'. Hannah is an incredibly hard-working, versatile and enthusiastic performer, keen to put the maximum effort into anything she does. In September of 2022, Hannah will be moving to Manchester to further her musical career at the Royal Northern College of Music.

I have performed at a variety of venues, including the Malvern Theatres, Birmingham Symphony Hall (as part of the CBSO Youth Chorus), Edinburgh Fringe Festival, and at the Worcester Warriors Stadium. I have also performed at many local events, such as Droitwich Salt Fest and the Worcester Victorian Christmas Fayre.

I have performed on a variety of occasions for BBC Hereford and Worcester as a soloist. These include their 'Do You Hear The People Sing' Children In Need event at the Chateau Impney, and as their soloist for their annual 'A Celebration of Christmas' concert at the Malvern Theatres, which I did in 2016 and 2019. These event were broadcast live on radio.

I will always try my best to work around your times, so if timings change just let me know!

I will need 15 minutes to set up if I am bringing my own PA equipment. If I am singing with an accompanist I do not require set up time.

Of course! Just let me know which pieces you would like me to perform, and if you are unsure of what would be appropriate, I am more than happy to make suggestions.

I will bring a PA and microphone if I am asked to.

If you have any specific requests, please let me know in advance and I will see if the piece(s) will be possible to learn in time and get back to you promptly- I may already know them so please ask! There is a £25 fee per extra piece I do not already know and will need to learn.

HJ
Helen J
11 months ago, for a Concert in Droitwich Spa

Hannah sang as a soloist for my choirs (i-Sing Choirs) at short notice. She was incredibly amenable and nothing was too much trouble; she fit around what we were doing perfectly and was lovely to everyone. Her voice is beautiful and versatile, with a gorgeous clarity to her tone quality. Would highly recommend and will definitely be booking again in the near future.

MH
Mandi H
2 years ago, for a Concert in Grange Rd

I have worked with Hannah on several occasions with the BBC. A lovely young lady with a beautiful voice. She has sung at a variety of events and I'd have no hesitation with booking her again- a pleasure to work with. -Mandi Harris, BBC Hereford and Worcester