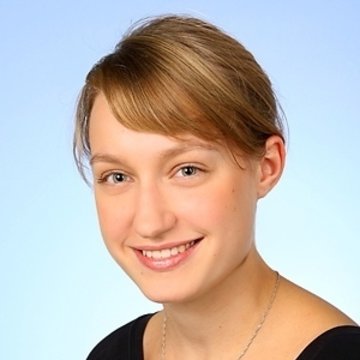 Check availability and get a free quote now - no commitment to book
From£165
Watch & Listen
About Hanna
Reviews
Home page
Hanna Tracz
Like Hanna?
Watch & Listen
1-3 of 7 videos
M2U00634
The way you look tonight
Tango from Scent of the woman

Hanna Jadwiga Tracz ( artistic CV ) She started her education in Poland – Wroclaw. Currently she is a student of the fifth year at the Academy of Music in Cracow and Advanced Instrumental studies at the Guildhall School of Music and Drama in London (Postgraduate studies). She is the winner of : - distinction at the violin competition " Friendship Tournament " (2003, Zagan, Poland) - distinction ( and award for the best violinist in Zielona Góra ) on XXX National Bach Competition in Zielona Gora (December 2004, Poland) , - a special award " Memory of Marina Koryniec " at the M. Stricharz International Competition for Young Performers in Lviv (July 2005, Ukraine) , - III prize at the International Violin Competition in Zell an der Pram ( September 2010, Austria ) . - I prize at the International Competition " Talents For Europe " in the Lower Kubin, in a duet , in the category of chamber ensembles (2012, Slovakia ) . - Special Commendation Prize on York Chamber Music Competition (February 2015, United Kingdom) She gave a concert as a soloist on the 22.04.2007 with an accompaniment of Wrocław’s school orchestra in a concert hall Petrasi Parco della Musica in Rome, afterwards - the same as a soloist – 16.09.2007 in Oberwart in Austria on the occasion of the 10th edition of masterclasses in Zell an der Pram. Recently she gave a half recital on the International Chamber Music and Organ Festival in Poland/Germany. Orchestral experience: - Polish - German Young Philharmonic " Lower Silesia " (Wroclaw , July 2009 , 2011) - Polish - German- Czech orchestra " Europera ", which gave concerts in Poland, Germany, Czech Republic and Brussels ( the European Parliament ) - Orchestra of the Academy in Lusławice in the Krzysztof Penderecki Music Centre ( under the baton of Jose Maria Florencio , September 2013 ) - the Beethoven Academy Orchestra (projects : Vienna, Bergamo - October 2013 ) ; - Qualified to the Internationale Bachakademie in Stuttgart (February / March 2014 ; concerts in Germany and Tunisia). - Qualified to the Moritzburg Festival Academy (Moritzburg Schloss, August 2015) - Participant of the Erasmus programme – Guildhall School of Music and Drama, (September 2014- April 2015) and in Universiteat der Kunste in Berlin (April 2015- July 2015) - Finalist of the Yamaha Scholarship in United Kingdom (final round – March 2016) - Qualified to the Chipping Campden Orchestra Academy ( May, 2016, United Kingdom and in August – leader of second violin section) - Qualified to the Akoesticum Talent Programme in Netherlands– (October, 2016) - Qualified to “I,Culture Orchestra in August 2017