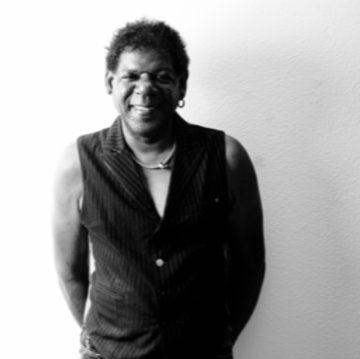 Check availability and get a free quote now - no commitment to book
From£180
About Gus
Reviews
Home page
Gus Isidore
Like Gus?

Experienced professional guitar player/singer/song writer. Rock/Soul/Pop/R&B/Folk - take your pick, if world class is what your're after!
3 of 11 photos
Guitarist
Mitcham

A lefty upside down guitar player born and raised in London, UK, but lived and travelled all over the world. Has strummed his fretboard for the likes of Mark Bolan, Peter Green, Peter Gabriel, Phil Lynott & Seal, amongst many others in his long career. Co-wrote the platinum 1994's multi-million selling Seal 2 album, including “Prayer for The Dying” which he received a BMI Award for. Grew up in a musical family. His father and two older brothers had clear influence on him. But listening to Jimmy Hendrix and finally getting his first guitar at the age of 10, really decided what his future career would be. He developed his own unique guitar style and sound as he had no formal tuitions. The music producer Trever Horn admired Gus’s “great feel”. His soulful, signature open tuning bluesy and funky style is very reminiscent of a modern Jimi Hendrix. But it does not stop there… At the age of only 16, he formed his own 3-piece band and hit the road. He has never looked back since. Gus joined up with the band The Foundations who had several hits, namely “Build Me up Buttercup” No 1 single, “Baby, Now That I Found You”. That tour brought him to the attention of Marc Bolan, T.Rex with whom he went on to record the album “Dandy in the Underworld”. Suddenly Gus was in demand. He toured with Peter Green (ex Fleetwood Mac) In 1982 he met Phil Lynott (Thin Lizzy) and was invited to be part of his solo touring band and song co-writer. For the next four years they worked together up until Lynott’s untimely death. Gus joined up with Seal originally in 1987 and played guitar on his early demos, then performed on his first album featuring the hits “Crazy”, “Killer” and “Future Love Paradise”. He continued to work with Seal up to 1994, promoting and touring and co-writing his second album entitled “Seal II” featuring the hits “Kiss From A Rose” and “Prayer For The Dying”. Whilst recording Seal’s second album at Peter Gabriel’s Real World Studio, Gus was invited by Daniel Lanois to play acoustic guitar on Peter Gabriel’s “US” album. Seal-Isidore partnership is still ongoing. You can spot Gus time to time on Seal’s tours and they are currently collaborating on the Seal’s next album. Having vast live-music and recording session experience and working with top world artists helped Gus to further develop as an excellent musician and entertaining performer.

Muted - Review The Bunker, London *** Music and Lyrics by Tim Prottey-Jones and Tori Allen-Martin Book by Sarah Henley Directed by Jamie Jackson Tori Allen-Martin It’s a brave ask that has any composers title their show Muted - a name that by its very nature suppresses aural beauty. In this new musical that has been a long time in development, we meet Michael a former rock singer, who has been left mute following the traumatic death of his mother. Lauren is his childhood sweetheart with a secret and the show seeks to explore the unlocking of Michael from his emotional devastation. David Leopold plays the Michael of today, mute but expressive throughout while Edd Campbell Bird is the Teenage (and sweetly voiced) Michael, with both men convincing in challenging roles. Tori Allen-Martin, who to her credit both co-writes and co-produces the show, is Lauren singing with a vocal magnificence that brings a rich texture to her character's pain. Likewise, Helen Hobson's Amanda, Michael's mum, is another excellent turn reminding us of Hobson's remarkable body of work. The imagination behind the story is impressive and with a striking denouement too, but as an evening's entertainment, there's something missing. Back in the 1970s The Who visited a similar scenario of a boy profoundly damaged by trauma in their rock opera Tommy. That show's songs however were massive and more than filled the storyline's ambitious canvas. While Muted's onstage emotions are clearly huge, its songs fail to swoop and soar, leaving one witnessing what seems more like the staged version of a ballad-heavy concept album rather than a full blown musical. For reasons not clearly explained, Sarah Beaton has designed the whole affair around a sunken paddling pool. Whilst this no doubt has thematic intentions of deep significance, ultimately the shallow waters prove a distraction. Good actors should be able to show their emotions through voice and body, rather than petulant splashing. It is early days for the show and some of the sound needs balancing - likewise the lighting is at times too introspective, reducing the cast to barely visible silhouettes. Musically though Adam Gerber's band put in a fine shift throughout, including some gorgeous guitar work from Gus Isidore. New writing is to be encouraged and for that, bravo to the trio of writers. But as a fully fleshed out musical, Muted has yet to find its voice. Runs until 7th January 2017 Photo credit: Savannah Photographic Jonathan Baz The Bunker, London