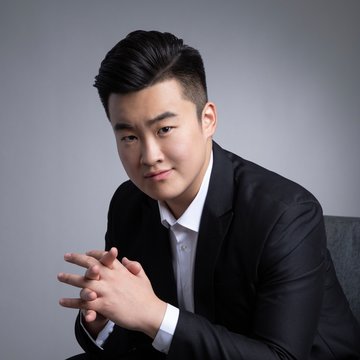 Pianist / RAM / HKAPA / SZAS Let's start a new journey with music and explore the world of music with the piano : )

Please tell me thanks.

Yes, please tell me if you want.

Standard Prices
All prices include:The song changes according to your requirements。

We are a chamber music group, and we invited Mr. Hua as one honoured guest player as a pianist to help us to held our concert first time. He was a great classicl player, and with so good in sight reading of the music pieces. Very professional, hope we can cooperate again!

It was a nice performence! And I am so happy that I invited Mr. Guanjie as the pianist in my birthday party! It was awesome that he could play not only Classical and also Jazz with jam! It's an incredible experience in my birthday, thank you very much!

Verified
Alex B, 2 years ago

A musician with great potential, I enjoy the whole concert !

Mr Guanjie is a good pianist! He plays the piano very well in Jazz! We invited him to our company anniversary ceremony, and it was so great, he has a great personality as well, very easy to contact and he is really a music enthusiastic!