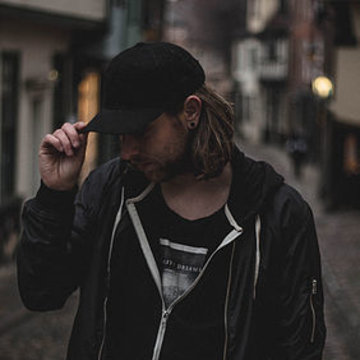 Originally from Nottingham, UK, Grant has always surrounded himself with music. However, he only first picked up a guitar in 2011, playing his first live show in 2012 to just a handful of friends at a bar. Now based in Norwich, UK, Grant has released 3 records, all of which have achieved top 20 in the iTunes singer songwriter chart. His music and his trusted, growing reputation has seen him complete 3 UK tours, as well touring internationally in Brazil twice and selling out multiple headline shows. “Grant Ley performs an enjoyable set with an energetic performance" Norwich EDP "Grant Ley is a big deal" BBC Introducing “Another highly talented acoustic musician from East Anglia” Bury Spy "Amazing set. I could have watched for hours" Beanie, Rudimental This success has led him to gain support slots with names such as Jamie Lawson, Gavin James, Nizlopi and also Joshua Radin. His music has been featured on Radio Stations spanning as far as Brazil, Australia, Germany and the Netherlands, as well as being championed in the UK by BBC Introducing.

Grant Ley performs an enjoyable set with an energetic performance

BI
BBC I
5 years ago

Grant Ley is a big deal