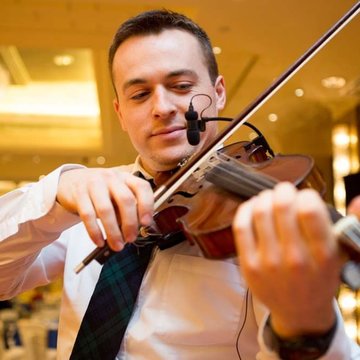 We have recently joined encore, but have played for about 15 years at all sorts of weddings, events and cultural evenings. We have played all over the UK and abroad as the Willie Fraser band, as far as China and even Indonesia, and are well accustomed to dealing with internationals if non Scots are present. We love to get everyone up dancing and having a good laugh. The videos show the 2 and 3 piece band options of accordion and drums with fiddle as the third instrument. Fiddle adds an extra layer of melody and harmonies for that extra special sound. David is the drummer/ fiddler/ caller and has played now in over 12 different countries. We have recently added Ewan Galloway and Scott Leslie as alternative accordionists when Willie is not available hence the newer name Forth ceilidhs. Ewan is equally accomplished and is the founder and host of a local radio station of Scottish music, and was recently nominated for dance band of the year. Scott learned the trade from his own Father and has played since the 90s. We are young but highly experienced and this reflects our style. Energetic and lively but a relatively traditional dance band style.

No we are a traditional style ceilidh band. We can play playlists if needed.

Yes, we play with 2 piece (accordion and drums) or 3 piece ( fiddle added) or 4 piece ( keyboard or extra accordion)

Absolutely. This is a really popular request and we actually offer this service for free

“We usually set up about 1 hour before the performance time. As soon as our PA is set up we can provide a free playlist service to help set the atmosphere and get your guests ready for our live performance!”

Yes we do! We have a fantastic caller as part of our Ceilidh band

“Our PA system is included in your quote. We usually require a minimum of 4 by 3 m space to perform”

Verified
Annessa A, 1 year ago

David is an extremely professional musician who went above and beyond during a recent school event. His manner and dedication to his job meant that he created a lively and dynamic party atmosphere. His clear and concise instructions during the ceilidh dancing was extremely beneficial for both experts and newcomers alike. I could not recommend David and his team more for any type of event and already have them booked in for my next function!

I had forth Ceilidhs play at my 21st birthday this year and they were excellent! The band played an excellent selection of Scottish music which was upbeat and entertaining in itself. David the fiddle player makes a brilliant caller! He gives clear instructions how to do the dances and does so in a fun way. Watch out if you are not up dancing because he will call you out! There were no long waits between dances and people were encouraged to get up and find a partner! My birthday was a great day which I will remember for a long time and the band was a great success. They were happy for the family to add personal touches too, (in my case a quiz during the interval) I would Highly Recommended them for any events.

I am the Manager of Collydean Community Centre. I received a grant from the Greggs Foundation to offer an event that would reach out to the elderly and offered them all a meal and entertainment on Saturday 19th April 2019. The ceilidh band was brilliant and many of the elderly were crying when listening and watching. All-together 63 elderly residents enjoyed the day. There was over 100 people from all ages in the Centre. I have heard David play on many occasions and he along with the rest of his band are truly amazing. Due to the success of that day, Greggs Foundation has given me more funding to arrange another event