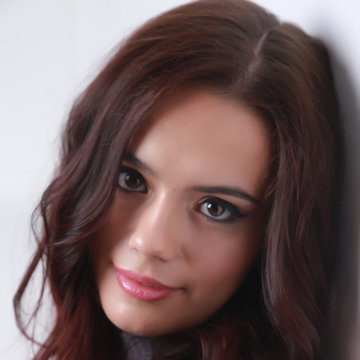 Georgia is a young professional and passionate young musician with lots of experience in many different musical scenes.

The young English cellist, Georgia Morse, has just completed her Masters Degree in Cello Performance at the Royal Academy of Music, where she studied with Mats Lidstrom. Born and brought up in the hills of Tuscany, Georgia began playing the cello at the age of eight, at first with help from her sister's violin teacher, then at the Conservatorio Luigi Cherubini in Florence, from which she graduated with First Class Honours as a student of Andrea Nannoni in 2018. Frequently the Principal Cellist of the Orchestra Sinfonica 'Luigi Cherubini', in 2015 she was chosen to be Principal Cellist of the Italian Youth Orchestra, performing with such artists as Jeoffrey Tate, Enrico Bronzi, Lorenza Borrani and Stanislav Kochanovsky. As a member of the Royal Academy Orchestra, she has had the opportunity to play for eminent conductors, such as Semyon Bychkov, Edward Gardner and Jan Van Steen. As soloist, Georgia has twice performed the Elgar Cello Concerto in E minor with the Orchestra del Carmine, and in 2018 the Brahms Double Concerto in A minor with the Orchestra Sinfonica 'Luigi Cherubini'. She has performed in numerous important venues in Italy and the UK, both as a soloist, with a repertoire ranging from Bach to Dallapiccola, and as a member of chamber music formations, including less conventional ones, such as duo with singer or guitarist. Since 2016, Georgia has been collaborating with the Associazione Etruria Musica, regularly playing music that ranges from classical to pop and jazz. Masterclasses include those with Mario Brunello, Tilmann Wick, Sung Won Yang, Giovanni Gnocchi and others. Alongside performing, Georgia has a long experience of teaching cello to students of all ages, and is currently completing her teaching diploma at the Royal Academy.

My line up varies based on the wishes of the client. I can play solo, a lot of the time the repertoire can be more extensive and varied if I play with a violin or another cellist. The pieces can also be arranged for string quartet.

I of course try to be as flexible as possible to ensure the success of the event. If the timings change slightly in the run up to the event just let me know as soon as you can.

I will always try to get to the venue at least 45 minutes before the performance time. The actual set up is not very complicated and would only take me about 15 minutes.

My list gives example of all the kinds of music I am able to offer for any kind of event. I am of course happy to discuss other options with the client and see what I can do.

Unless amplification is required, I bring all the equipment that is needed to perform.

If there is a special request then I would be happy to learn it for you. There is a fee of 30£ for this service to take into account the amount of time to transcribe/practice the piece.

My clients have always appreciated my professional and friendly approach. They appreciate my enthusiasm when I play, either on my own or in an group.

I have performed for many events in venues all across Europe, from beautiful villas across Italy to churches and exclusive clubs across London.

My favourite cellist since I was a little girl was Jaqueline Du Pre, so I think she's my number one idol as far as the classical music scene is concerned. I am also into all sorts of other genres of music, from pop to rock to light jazz. I've always really loved the classics, so Elvis Presley, Ray Charles, Aretha Franklin are at the top of the list.

I once performed in a wedding for the Swedish Royal Family in Florence, Italy.

Very enjoyable performance, Georgia had a lively and original interpretation of her programme

My family and I spent a very pleasant afternoon at the Archeological Museum in Casole on 14th April 2019 and were thrilled to have our experience enhanced by the superb playing of the Thétikos Quartet! The setting was exquisite and a perfect backdrop to the programme you chose. We were all extremely impressed by the quality of the execution and the level of professionalism demonstrated. Your lead role, Georgia, at this event was crucial and we hope to be able to attend another of your performances here in Tuscany very soon!

As an artist and curator, I have engaged Georgia Morse to play the cello as a soloist at several private views in galleries in and around Florence. Georgia has a wide repertoire and is a lively, arresting player. She establishes a great rapport with her audience and is sensitive to the requirements of each occasion. She is very professional, punctual and polite.

Georgia asks a lot of herself as a cellist, as is evident in the results she achieves: she performs beautifully, balancing excellence of technique with feeling and subtlety of interpretation. It's a pleasure to listen her play.