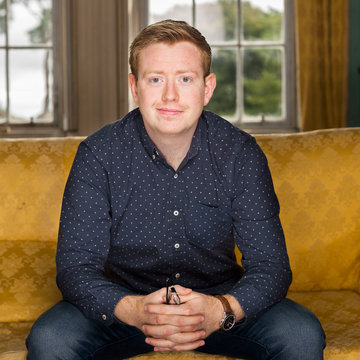 Irish pianist, Gary Beecher is based in London and has a varied career as a song accompanist, chamber musician and soloist.

Gary Beecher is a pianist from Cork, Ireland, with a varied career as a song accompanist, chamber musician and soloist. Gary has been hailed by the Belfast Telegraph as a "subtle, sophisticated player with a maturity of both technique and interpretive outlook". Gary is currently based in London. Most recently, Gary was the winner of the 2019 International Nadia & Lili Boulanger Voice-Piano Competition in Paris with duo partner Erika Baikoff (Soprano). Previous to this, he was the winner of the Rudolf Jansen Pianist Prize at the 53rd International Vocal Competition for Lied Duo in 's-Hertogenbosch, as well as the 2nd Pianist Prize winner at the 2019 Helmut Deutsch International Lied Competition where duo partner Erika Baikoff was the First Place Prize Winner. Gary was also a winner of the 2019 Oxford Lieder Young Artist Platform along with duo partner Ema Nikolovska (Mezzo Soprano). Previous to this, Gary was awarded the Guildhall Piano Accompaniment Prize, Graham Johnson’s Song Guild Paul Hamburger Prize, the Prince Consort Side-by-side Recital at Wigmore Hall and the Guildhall Franz Schubert Lieder Prize. Gary continues to enjoy performing as a soloist at home and abroad. He was the winner of the ‘Irish Freemason’s Young Musician of the Year’ and had his solo debut performing Schumann's Piano Concerto in A minor with the RTÉ Concert Orchestra and conductor John Wilson in the National Concert Hall. In February 2019, he returned as a concerto soloist to the NCH, to perform with the RTE National Symphony Orchestra and conductor José Serebrier. Gary looks forward to returning to the NCH in March 2020 to perform Mozart's Piano Concerto no.23 in A with the RTE NSO and conductor David Brophy. Gary is currently a Fellow and staff accompanist at the Guildhall School of Music and Drama. Previous to this he completed a Masters in Performance at the Guildhall School where he was a scholarship student, studying with Julius Drake, Eugene Asti and Charles Owen. Gary graduated with a BMUS degree and the ‘Best Overall Student Award’ from the CIT Cork School of Music Ireland, where he studied with Jan Cáp and Dr. Gabriela Mayer. Gary’s other past teachers include Jacques Rouvier and Dr. John O’Conor. Gary is also currently completing his second year of the MA in Performance at the CIT CSM and studies with Michael McHale. ​ Gary is now a Samling Artist, a Britten-Pears Young Artist and an Oxford Lieder Young Artist.

A subtle and sophisticated player