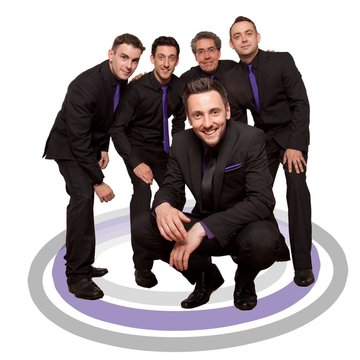 Funkline are a 5 piece wedding/function/ party band that formed in May 2008. Now after over 10 years together and over 350 shows, the band has never been so polished and professional. The members have slightly changed over the years, but today Funkline consists of; Luke Shearer (Lead Vocals), James Mitchell (Guitar), Thomas Gwyther (Keys/Sax), Simon Barnard (Bass), Richard Knight (Drums) and our treasured sound engineer Luke Mitchell. Each member of the band have been performing professionally for many years and that combined experience makes Funkline the ultimate band for entertaining crowds of all sizes anywhere we are asked to perform. The band was originally formed by bass player Rob Flack. Rob was a member for the first 4 years before he sadly had to leave the band for personal reasons. Before we discovered our current bass player Simon, we were very blessed to have Tom Doyle (Don Broco) & Dave Williamson (Midge Ure) come sit in with us. Both great players! In the time the band has been together we have been really lucky to have played to some amazing crowds in/at incredible venues, some of our highlights are; Jazz Cafe (Madejki Studium), Ladies Day Royal Ascot, Mick Shannon Suite (Southampton FC), Basingstoke ‘Live’ Festival, The Lights Theatre, Central Studio Theatre, The Porterhouse (Covent Garden), South Hill Park Theatre (Bracknell), Wokingham International Street Concert... to name a few. And for such companies/organisations as; NEXT, Taylor Wimpey, Cengage, Waitrose, Royal Air Force & Royal Navy. There seems to be “no stopping us now” with this band. Funkline continues to grow in strength and professionalism. We all can’t wait to play the next show, it’s so much fun every time. We hope to see you there!

Yes. our stage area requirements are 6m x 3m. We can set up in smaller spaces, but please consult with us.

Funkline played at my party on Saturday! They were awesome!!! Everyone got up and danced and commented on how good they were! Thank you so much for completing my celebrations so well

Funkline played at my wedding and were absolutely brilliant. The dance floor was full all night and comments from the guests were all along the lines of ‘best live band ever’! Book them, you won’t regret it and will want them at all your big events in the future once you have experienced them once!

I saw Funkline perform at Jagz after Royal Ascot a couple of years ago and I was so impressed I booked them for my 50th birthday party. They are so amazing and had everyone up on the dance floor. Highly recommended