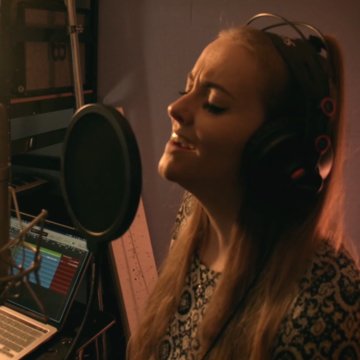 Intimate, Funky Electro Lounge for that perfect boogie in your piano bar - or wherever takes your fancy!
3 of 4 photos
Pop trio
London
Public liability insurance of £10 million

After working together in other projects for years the trio have decided to distil their passion for remixing classic pop songs down to its three fundamental parts - melody, harmony and rhythm. The group sophisticatedly reimagines pop, jazz and Motown standards so you can hear familiar tunes in a refreshing new contexts. These musicians are just as comfortable at downtempo lounge events as they are bringing dance grooves to intimate venues. Their musicianship is able to shine in this focused ensemble with plentiful character beaming through in each creative performance. The group's vocalist, Verity Ellen, is a London-based singer who specialises in genres including pop, funk and jazz. Verity studied at the Guildhall School of Music and Drama, where she studied with some of the top session musicians in the world covering a variety of genres within the jazz umbrella, including bebop, a capella and world music. During the pandemic she used her time to obtain a Masters in Music Business Management from the University of Westminster. In early 2020 she competed with a university a capella group in the International Competition of Collegiate A capella, and won the UK Final and the chance to progress to the World Finals in New York City. She is passionate about music and hopes to make her career as an artist full of creativity and push the boundaries of modern music. The Drummer, Rhys, is a professional musician with 6 year’s experience working as a performer around London and the UK. As co-founder of the award winning music group, The Public Bungalow and of the London-based recording studio, Sound of the Sandbox, Rhys is often showcasing his creative musical style across digital and live platforms. As a drummer, Rhys draws influence from an enticing plethora of genres and is as at home on an acoustic kit as he is altering and enhancing his drums' sounds with hybrid electronics. Toby Carswell is a versatile musician. His wide skill set includes, composing, arranging, conducting, and piano and lower brass performance. A graduate of Trinity Laban Conservatoire of Music and Dance, he has written for a variety of ensembles whilst regularly performing venues across London. Toby plays euphonium in his band, Danger Goat, who perform his original music. He is also a founding member of The Public Bungalow, who have received tens of thousands of views online while performing Toby's arrangements. His primary discipline is writing new music, having studied under Errolyn Wallen, Dominic Murcott, John Ashton Thomas and Laura Jurd. Toby has been described as "prolific" whilst having an "individual harmonic sound".

Fly Me to the Moon
Mercy, Mercy, Mercy
Georgia on my Mind
Beyond the Sea
God Bless the Child
Nature Boy
He's a Tramp
The Masquerade is Over
It Could Happen to You
Lullaby of Birdland
Too Close for Comfort
I Thought About You
I Want You Back
All Night Long
Signed, Sealed, Delivered
Never Too Much
At Last
If It's Magic
Ain't Nobody
A Natural Woman
Save Your Love for Me
December 1963
9 to 5
Valerie
Don't Know Why
thank u, next
Crazy
Crazy in Love
I'm Not the Only One
Shape of You
If I Ain't Got You
I'm Still Standing
Use Somebody
You've Got the Love
Forget You
Customer questions

We strive to make sure the line-up you see is what you get on the night. We do have pre-audititioned 'dep' musicians available in case a band member falls ill or is unavailable. As a professional band our reputation means everything so you can be confident that all of our players are of a very high level

We are excited to be offering multiple line-up options in the future, but for now we are available as a three piece: Vocals, Keys and Drums.

We usually set up about 1 to 1.5 hours before the performance time. As soon as our PA is set up we can provide a free playlist service to help set the atmosphere and get your guests ready for our live performance

Our set lists are crafted from experience and learning what works best to ensure guests dance and have an amazing time. However, we're definitely happy to chat through and make sure we find what works for your event

Our PA and lighting system is included in your quote

If a song isn't included in our song list there may still be a chance we already know it. If there is a special song you'd like us to learn we are happy to do this for you. We offer 2 free song requests included with your quote.

Standard Prices
3 musicians
All prices include: - PA & Lighting Equipment - 2 Requests (to be made at least two weeks before the date of performance)

"Good to work with, lovely performance!"

"Arrived in plenty of time for the sound check, very professional outfit. They played a wide range of tunes from Jazz to Pop - suited the atmosphere perfectly. Welcome back any time"