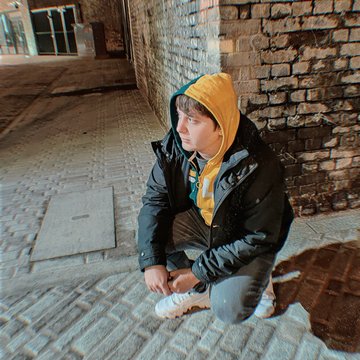 Music is life. I always have been doing music since I was a child. Proper Music Lover
3 of 4 photos
DJ
London
Public liability insurance of £150 million

Francesco Gentile, aka Gefra, was born 23 years ago in a small town of Gargano, and with him his great passion for music. When he was 5, he began the solfeggio and at the same time he began to play the trumpet and then the study of classical music. Some years later he was forced to stop playing the trumpet. Then he began to listen various musical genre, from Hip Hop to Pop, from Dance to classical House, etc. At the same time getting fresh information about new techniques, products and musical genres. For people that don't know Gefra, he hasn't got any favourite genre. The only certain thing is that he dislikes or we can say It's not a favour about easy music, but loves a music that will remain in the mind of people that hears it. He started to release tech house vibes on labels such a High Pressure Music, Azul Tunes (Franz Costa's Label), Playgroove (Sebastian Ledher's Label) and many more of tech house/ minimal imprints labels with a lot of great collaborations around the globe. He decided to move in London and he just launch his own Label & Underground Events: The Prison . From that day he started to play around London with a lot of promoters such as We are Family, NeverEnough, DEFINITION, Dream On, Phono live, 10B and many more and He played in a lot of venues as The Magic Roundabout, Shoreditch Platform, UNION CLUB - Vauxhall , Shelter Club London and more. He known and met Ricky Tenaglia, a great dj and producer, where they started to collaborate togheter and create great projects. He's still looking for new vibes and keep an eye on him. You never know what could happen to him, maybe we'll see playing around the world

Even if it's a very popular request. I don't like to use iPads or Tablet during my sets. I prefer to use turntables or cdjs .

It depends if the club has all the dj equipment. If it's so, I need 5 minutes.

My set lists is crafted from countless performances and learning what works best to ensure guests dance and have an amazing time. However, I'm definitely happy to chat through and make sure we find what works for your event. ”

Yes, absolutely. I never forgot something very important for me.

If a song isn't included in my songs list there may still be a chance I already know it. If there is a special song you'd like me to learn I'm happy to do this for you

My music journey, my style and my technique.

Definitely, Marco Carola, Roger Sanchez, Kerri Chandler . They gave me the power to never give up.

It was in my hometown , in Vieste . It was a festival on the beach. Definitely still one of the book.

Great set from this young fella

Young rising star dj, this guy has been a truly music visionary

We are Family group

DJs in the UK
DJs in St Albans
DJs in Slough
DJs in Windsor
DJs in Sevenoaks
DJs in Hertfordshire
Company
Discover
Download
Join us on
© Encore Technologies, Ltd.
Crafted with bagels and in London