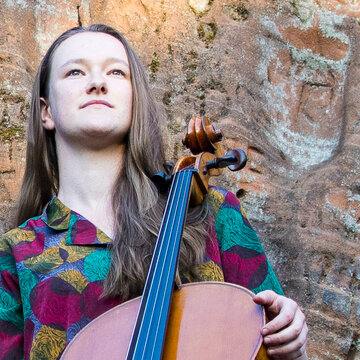 Flora is a cellist based in Birmingham and London, currently studying on a scholarship at Royal Birmingham Conservatoire.
3 of 7 photos
Cellist
Birmingham
Public liability insurance of £10 million

Flora was born in London and started learning the cello at the age of eight, and has since received invaluable musical training during her studies at the Royal Academy of Music junior department (2011-2016) where she learnt with Alexandra Mackenzie. Flora is currently in her third year studying with Matthew Sharp at Undergraduate level at the Royal Birmingham Conservatoire. This year she has earnt a place on both the CBSO and Birmingham Royal Ballet side-by-side schemes and has thus far played Vaughan Williams 4th Symphony under conductor Christian Macelaru with the CBSO and Glad Buhr's Beauty and the Beast ballet under conductor Paul Murphy with BRB. In her orchestral career, most recently Flora has played with the Manchester Concert Orchestra under conductor Lee Reynolds. Throughout her time studying the cello at RAM and RBC, Flora has benefitted from invaluable chamber music coaching from many established musicians such as Jian Wang and ensembles including the Castallian, Heath, Lindsay, and Kus Quartets, and the Schubert Ensemble. Flora is a founding member of the Brook Piano Trio, who this year welcomes the addition of clarinettist Kaethe Uken to perform Messiaen's masterpiece 'Quartet for The End of Time' in March 2020.

A determined performance played with gusto and musical shaping.

Robin I, 2 years ago

It is clear that you are a fine chamber musician, with a natural sense for gesture and communicative playing, and a fine range of sound and colour at your disposal.

Flora, you are a very gifted chamber musician with good instinct and communicative skills.

You play with great character and instinct. You have a great sense for phrasing and style.

You have a lovely instinctive approach to chamber music and understand the conversational nature of the music.