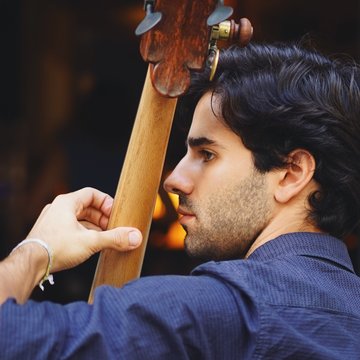 Check availability and get a free quote now - no commitment to book
From£160
Watch & Listen
About Filipe
Reviews
Home page
Filipe Dandalo
Like Filipe?
Watch & Listen
1 of 1 video

Filipe began his double bass studies in his hometown São Paulo (Brazil) at the age of 13 at the Instituto GPA, learning from the violinist Renata Jaffé. In 2013, at the age of 17, he was awarded the ABRSM International Scholarship and moved to the UK the year after to start his studies at the Royal Northern College of Music in Manchester, learning from Jiři Hudec. Since 2012, he has taken masterclasses and worked with double bass masters and renowned soloists such as Božo Paradžik, Janne Saksala, Franco Petracchi, Nabil Shehata, Joel Quarrington, David Stark and Leon Bosh. He has performed as a chamber musician and soloist, and has given recitals in São Paulo, London, Manchester, Aldeburgh, Mantova (Italy), Montepulciano (Italy), Sion (Switzerland), Semmering (Austria), Reichenau (Austria) and Prague (Czech Republic).

Got us dancing better than any DJ! 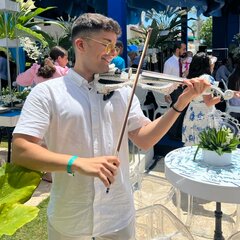 Great musician and an exceptional professional!