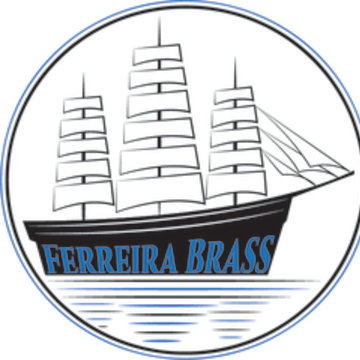 Check availability and get a free quote now - no commitment to book
From£800
About
Home page
Ferreira Brass
Like Ferreira Brass?
Watch & Listen

Ferreira Brass are a vibrant and versatile brass ensemble that play music from a range of styles and genres, available to hire now!
Brass quintet
London

Ferreira Brass was formed in September 2013 by graduate and post-graduate students at Trinity Laban Conservatoire of Music and Dance. Members of the group have also studied at Guildhall School of Music and Drama, Birmingham Conservatoire and King's College London, being finalists in and winning a variety of awards for both solo and ensemble playing along the way. Ferreira Brass is passionate about becoming a leading interpreter of the core repertoire available for brass ensembles as well as adding their own new arrangements and engaging composers to add to the repertoire. The group has impressive credentials, with its members having worked with the likes of the Royal Philharmonic Orchestra, Philharmonia, Royal Ballet Sinfonia and City of Birmingham Symphony Orchestra, as well as completing a variety of outreach projects and professional development schemes with the London Symphony Orchestra, the Orchestra of the Age of Enlightenment, the London Philharmonic Orchestra and the BBC Symphony Orchestra. As diverse as the repertoire they perform, the group's members have also performed at jazz festivals around the world, recorded for BBC radio and television and have played with some of the world's top brass bands. They also enjoy a variety of pop and session playing and regularly perform with function and ska bands across the UK, as well as being distinguished soloists in their own right. Ferreira Brass is named after the Cutty Sark, the large tea clipper housed just outside the Trinity Laban buildings in Greenwich, which was renamed Ferreira when the boat was sold to the Portuguese firm J. Ferreira & Co. in 1895. You can email us at [email protected]