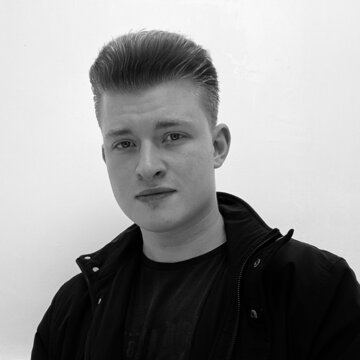 Felix is a 20-year-old, classical pianist living in Bristol. Having played the piano for over 16 years, he has recently developed a successful freelance career as an accompanist, musical director, and teacher. Having just finished 2 years at Bristol Pre- Conservatoire, Felix has had plenty of experience playing in a variety of chamber ensembles, including trios, quartets, and also in the senior jazz group. Playing in a Piano Quartet in the Easter Term gave him the opportunity to perform the 1st Movement of Faure’s Piano Quartet in C Minor, something which Felix thoroughly enjoyed working on. Bristol Pre Conservatoire is led by Jonathan James, and they are always looking to recruit new musicians! Felix has also been a member of the South Gloucestershire Music Hub, where he played in numerous ensembles and gained a large amount of performing experience, playing in prestigious venues such as the Royal Albert Hall, Birmingham Symphony Hall, and St George’s, Bristol. In recent years, Felix has accompanied several Solo Recital Concerts, Concerto Auditions and the Musical Theatre Course held each year in the summer. Felix is currently Assistant Musical Director/ Rehearsal Pianist at Bristol Musical Theatre, working on ‘The Wedding Singer’, which will be performed at the Redgrave Theatre next year. He is also Musical Director on 'The Last Five Years' which will be shown in Bristol next year. He is a highly proficient sight-reader and often accompanies choral societies, instrumental exams (Grade 1- Diploma), and masterclasses. He has worked with Bristol Cabot Choir, Portishead Choral Society, The Big Act, as well as solo artists from both classical and jazz backgrounds. Felix also enjoys session work and is available for recordings on request. Felix currently studies under Helen Reid, a British concert pianist, who has given an incredible amount of support both within his playing but also in general musicianship, of which is invaluable to him as a pianist and accompanist. He has also had the privilege of being tutored by Olena Shvetsova and Clare Hodgkin.

Felix is an incredibly talented pianist, with a passion and flair for the instrument. His proficiency and love for the instrument comes across in lessons, and when playing in a group. I genuinely recommend him as a tutor and accompanist - his talent ceases to amaze.

Felix is an extremely talented young pianist. With his interests spanning both classical and jazz, not only is his sight reading brilliant, but his aural too. Felix is my go to pianist for recording or performance.