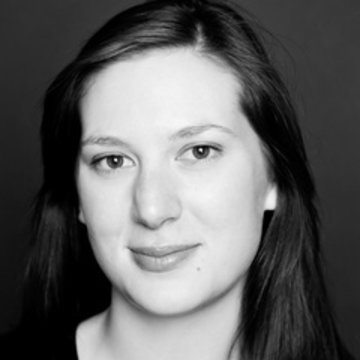 Check availability and get a free quote now - no commitment to book
From£180
About Eve
Home page
Eve Daniell
Like Eve?

I'm a dramatic coloratura soprano who loves to perform, work hard, and to give my all to the creative process!
singer (Soprano)
London

I grew up in British Columbia, Canada - the far west coast! I got my Bachelor of Music from the University of Victoria (studying with Susan Young, then studying with Benjamin Butterfield in the years after graduating). I was a young artist for Pacific Opera Victoria from 2010-2011 and attended Opera on the Avalon that summer, singing Sorceress in Dido and Aeneas, conducted by Kevin Mallon and directed by Tim Albery. I have British citizenship and moved to England to start my Master's at the Royal Academy of Music, studying with Elizabeth Ritchie and Gareth Hancock. I finished that degree in 2014 but was offered a place on the Royal Academy Opera so have very happily stayed studying. I've got to do some great scenes and full roles (Countess, Nella and Suor Genoviefa from Il Trittico, Lady Dunmow from A Dinner Engagement) and now I'm preparing to take on Nero in the Academy's production of L'incoronazione di Poppea (Monteverdi) this May. This November I was awarded the Pavarotti Prize - the top prize for final year Royal Academy Opera students. While studying at the Academy I've had the opportunity to take some external opportunities - singing Fiordiligi (2014) and Konstanze (2015) for Pop Up Opera, singing Fiordiligi for Cooper Hall Emerging Artists (2015) and singing Tatiana in the Dartington International Summer School's production of Tchaikovksy's 'Eugene Onegin' conducted by Sian Edwards. I also have had the pleasure of singing on BBC 3's In Tune, on BBC 4's The Archers, and have worked with american radio host and writer Garrison Keillor. The Academy has given me the wonderful opportunities of being involved in the Kohn Foundation Bach Cantata Series, both as part of the chorus and as a soloist - I'm currently preparing to sing Cantata 209 for the series on March 20. I've also enjoyed my time in the Academy's Song Circle immensely. In the world of oratorio and orchestral works I've enjoyed working with many ensembles around the UK and in Canada. Highlights include when I got to sing excerpts of Pergolesi's 'Stabat Mater' with James Bowman, singing Athalia with the Whitehall Chorus and conductor Paul Spicer in their performance of 'Athalia' (Handel) at St John's Smith Square, and singing in the Victoria Symphony's Symphony Splash in Canada. Having pursued my dreams in an expensive city, at an expensive institution I must express my sincere gratitude to the many organizations who have helped me meet my financial obligations - The Leon and Thea Koerner Foundation, The British Columbia Arts Council, The Canadian Centennial Scholarship Fund, the Catherine Osborne Scholarship, a Sainsbury Scholarship and the Jennifer Vyvyan Foundation.