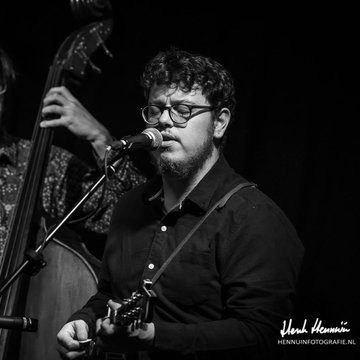 Check availability and get a free quote now - no commitment to book
From£180
Watch & Listen
About Evan
Reviews
Home page
Evan Davies
Like Evan?
Watch & Listen
1-3 of 4 videos
The Often Herd - You're Gonna Make Me Lonesome When You Go
Christmas Medley in the Woods
The Ben Somers String Band - I’ve Lived a Lot in my Time / Hangman’s Reel

I play mandolin, guitar, tenor banjo and fiddle and sing. I am an experienced folk and bluegrass musician and have toured the UK and Europe.

Evan is a mandolinist, guitarist, singer and composer based in Leeds, UK. He is currently performing and writing for The Often Herd as well as refining his solo performance set. He also performs bluegrass and folk in various professional and casual outfits. He currently teaches mandolin and guitar and since September 2017 has been a mandolin tutor for Leeds College of Music's BA Folk Music. Evan has gained experience playing bluegrass and folk music in the UK over the last 5 years. With his own bands The Often Herd and The Kentucky Cow Tippers he has played festivals across the UK and travelled Europe, playing in Germany, Belgium, Netherlands and France, where the band took 2nd place at the La Roche Bluegrass Festival band competition. Other musicians/bands Evan has worked with include Ben Somers, Toby Noble in various projects and UK bluegrass stalwart Kevin Garratt.

LU
Leeds U
3 years ago, for a Private event in St Marks House

We had an amazing night with this band, such a wide range of ceilidh tunes all expertly performed. No experience was needed as the caller guided us through the steps on simple, easy to understand language and everyone who came had a fantastic time, I would highly recommend!!

Evan displays his mastery of the mandolin with tasteful and technically excellent playing on every track. 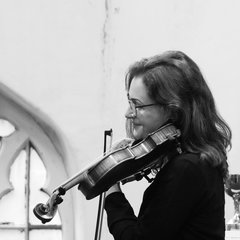 Evan's performance drips with skill and technical accomplishment, but what sets him apart is his evident spirit and passion for his art. Unpretentiously accomplished and a joy to hear.