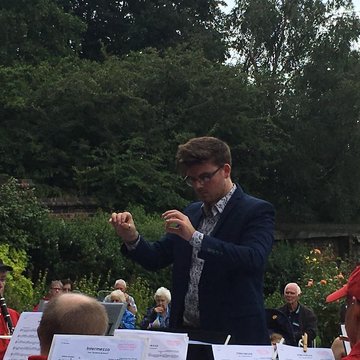 Professional trumpet player. Studied Trumpet Performance at Trinity Laban Conservatoire of Music and Dance with Andrew Hendrie, and studied conducting at Yorkshire College of Music with Tim Knight. Performing across the UK and Europe in prestigious venues such as Bridgewater Hall Manchester, Symphony Hall Birmingham, Slovak Radio Hall Bratislava and St John’s Smith Square London has helped me build up a wealth of orchestral experience, as well as solo appearances in recitals and competitions across the north of England. I have played under well-respected conductors such as Dominic Ellis-Peckham, Jonathan Lo, David Green and Xenophon Kelsey MBE. Since moving to London I have become in demand playing in musical theatre performances and live recordings, at some of the top universities in the country, and privately. I recently accepted a role as a brass coach and conductor at Enfield Film Orchestra, and make frequent guest appearances conducting Ilkley New Horizons Orchestra. Recent performances include Le Sacré du Printemps at the Royal Academy of Music, Shostakovich Symphony no 7 ‘Leningrad’ in Leeds Town Hall, and Bach Christmas Oratorio at St John Smith’s Square, London. All of this is interspersed with solo appearances, the most recent being a performance of The Trumpet Voluntary in Chichester Cathedral, and competing in the Harrogate Music Festival Concerto Competition, performing Hindemith Concerto for Trumpet and Bassoon, earning ‘Honours for an exceptional performance’. I am also an active arranger, writing music for my chamber group, made up of trumpets and trombones at Trinity Laban.

Standard Prices
All prices include:All instruments provided, phone calls/facetime consultations at a time convenient to you

Euan arrived very promptl and completely understood what was required of him. Many thanks form All Saints Academy

Verified
Emma B, 2 years ago

Euan was amazing! He played at my wedding and he played wonderfully. He was really brilliant at communicating with me and it was clear he really practised the songs we asked him to play. Thanks Euan!

'His solos in 'Jupiter' were sublime' Heard Euan's orchestra play The Planets at Leeds Town Hall in May- his solos, especially in 'Jupiter' were sublime! 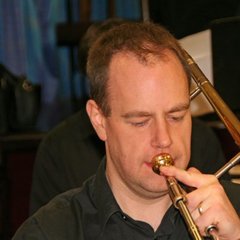 Euan has depped for both my bands on trumpet on a number of occasions and has always done a great job. Good sight reader and reliable.