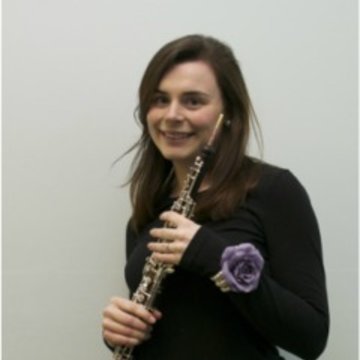 English oboist Emma McGovern is a graduate of the Royal College of Music and the Tchaikovksy Conservatoire in Moscow.
Oboist
London
Public liability insurance of £10 million
Verified profile

English oboist Emma is a graduate of the Royal College of Music and the Tchaikovksy Conservatoire in Moscow. As an orchestral musician Emma has worked with a variety of orchestras including French-based opera company Opera de Bauge, Kostroma Symphonic Orchestra of Russia, Orpheus Sinfonia and was also selected to be English National Opera’s Young Apprentice for their 2009/2010 season. Emma is an extra player for Bournmouth Symphony Orchestra. As a soloist Emma has performed concertos with Trinity College of Music Sinfonietta, Imaistri Orchestra and Situation Opera Orchestra and in 2010 Emma gave a recital in the Small Hall of Tchaikovsky in Moscow. She has also been a prizewinner in international competitions such as the Upolova Svirel International Competition for Soloists in Slovenia 2010 where she was awarded the silver prize, finalist in the 2010 RCM Concerto Competition and in 2009 was a semi finalist in the Chieri International Soloists competition in Italy.

Emma was very professional, got stuck into the music with no bother and we benefited greatly from her musicianship and enthusiastic attitude to a rather unique event.

We had the chance to listen to three aspiring musicians, graduates from the Royal College of Music in London, who left the audience in astonishment with their musical skills. They are true enthusiasts in their field." 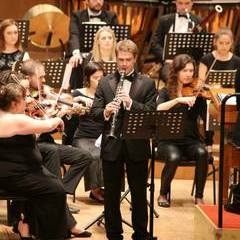 I've performed alongside Emma for a number of years as a chamber musician since graduating from Royal College of Music. She's always a consistently positive force in rehearsals, open and willing to share ideas and explore challenging and standard repertoire alike!

Oboists in the UK