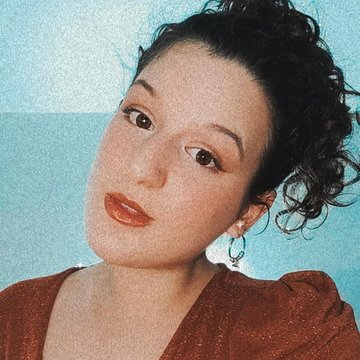 After three years of pop music study in Palladium Academy, Favara, Sicily, I started studying classical music and singing in Teatro Massimo, Palermo, Sicily. During eight years of study of classical, gospel, and jazz music, in 2019 I got accepted in Access Creative college (London Shoreditch) where I am currently studying in Vocal Artist level 3 course. I am also a songwriter and I produce my own songs: on the 11th of April, 2021, I released my debut single "Days" on most of the biggest streaming platforms, as an independent artist. On the 6th of August, 2021, I released my second single, "Nowhere (Heartbreaker boy)". My latest release is a ballad, and it's called "Five more minutes". I mainly write pop music, spacing from more electronic sounds to acoustic slow melodies. I like experimenting and learning from other artists.

"Amazing and bubbly performance. Everybody had fun"

"I hired Emanuela because it was suggested by a friend of mine that knew her personally from school. I didn't regret it, such a cool and fresh performance for my wedding receipt. "