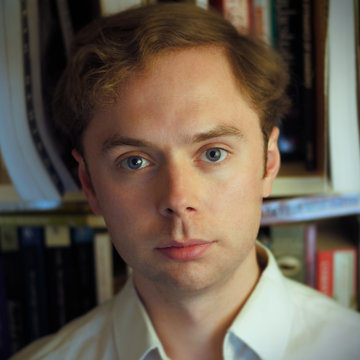 Check availability and get a free quote now - no commitment to book
From£180
About Elliott
Home page
Elliott Park
Like Elliott?
Watch & Listen

Elliott Park (b. 1994) studied composition and musicology at Durham University, variously supervised by Eric Egan, Nick Collins, Trevor Wishart, Jeremy Dibble, and Bennett Zon. After graduating from Durham, he pursued further study at Queens’ College, Cambridge with Jeremy Thurlow and John Hopkins, latterly specialising in combined acoustic and electroacoustic composition. Upon graduating from Cambridge, he joined the music department of Sherborne School, where he worked as a teacher of Music and Music Technology until the summer of 2020. In September, he will start studying at the Royal Academy of Music. Often working with chamber and choral ensembles, his works have been performed in Salisbury, Winchester, and Durham Cathedrals. In 2016, his short operatic work, The Panopticon (also written in collaboration with Harry Cochrane) was premiered in the Old Divinity School of St John’s College, Cambridge under the baton of Stephenie Childress (BBC Young Musician of the Year Finalist 2016, 2018), with tenor Simon Gfeller (English Touring Opera, English National Ballet) singing the part of the Prisoner. Sonamulum I (‘Inspiration’), a piece for solo bass trombone and live electronics was written for and premiered by Andrew Fawbert (Royal Philharmonic Orchestra, Michael Nyman Band) in 2019, described as ‘haunting, dreamlike, with passages that are barely breathing and others that are almost comical.’ (The Fine Times Recorder)