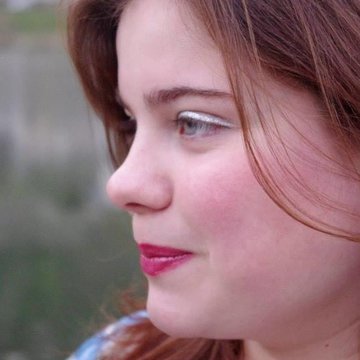 Check availability and get a free quote now - no commitment to book
From£215
Watch & Listen
About Ellie
Reviews
Home page
Ellie Bignall
Like Ellie?
Watch & Listen
Watch
Listen
1 of 1 video
Ellie 3a

Ellie is a fantastic young singer based in London but willing to travel anywhere within the UK.
3 of 9 photos
Singer
London
Public liability insurance of £10 million

Ellie is a London-based freelance jazz singer, who also performs a variety of other styles of music. She has been trained in and influenced by many genres including jazz, soul, gospel, and classical. Her style of singing is very reminiscent of the forties and fifties; often likened to singers such as Anita O’Day, Ella Fitzgerald and Sarah Vaughan, Ellie combines a love of the Great American Songbook with an interest in contemporary jazz. Ellie grew up in Hertfordshire, where she was brought up listening almost solely to jazz and classical music. Discovering a passion for singing during her early years, Ellie studied both standards and modern jazz alike. She is currently studying on a BMus Hons degree course at Trinity Conservatoire of Music. Once described as a ‘teenage singing sensation’, she has performed at various venues in and around London, including Ronnie Scott's Jazz Club, the Palace of Westminster, the Vortex Jazz Club (as part of the Trinity Conservatoire Jazz Choir), the Spice of Life, the 100 Club, Oliver’s Jazz Bar (where she currently has a residency running a weekly jam session), and St Anthony’s Jazz Club. She has also taken part many times in high-profile jam sessions, including at Ronnie Scott’s, Small’s Jazz Club (New York) and the Jazzkeller (Frankfurt), and was once invited onstage to sing at the American Legion Speakeasy in Harlem with the Jason Marshall Organ Trio. Ellie has studied with various vocal tutors including Anita Wardell, Ian Shaw, Brigitte Beraha, Lee Gibson, Norma Winstone, and Georgina Jackson. She has attended courses in London, Europe and the USA, and has performed with notable musicians such as Pete Long, Clark Tracy, Reuben James and Ralph Wyld. She often sings with the National Youth Jazz Orchestra, with whom she has performed in various venues around Britain.

The band were fantastic. Friendly, professional and fundamentally changed the evening from good to spectacular.

'Instantly communicated the warmth of her personality'